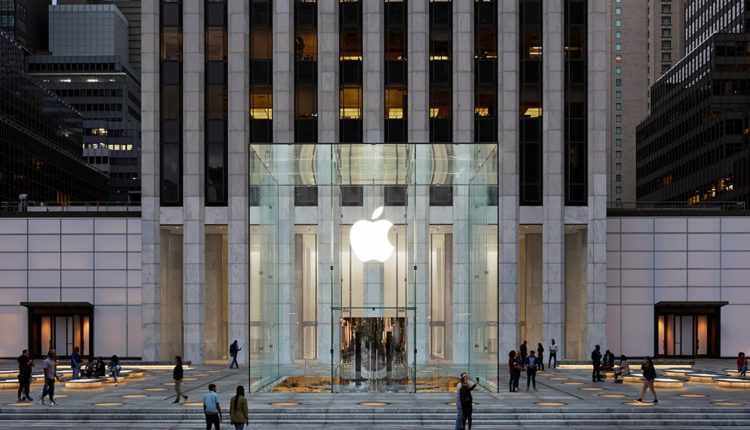 Rising inflation is wreaking havoc on many high-growth stocks as investors worry about higher costs and lower future valuations. Higher interest rates, which curb inflation, are also fueling fears of an economic slowdown and causing investors to move from dividend stocks to lower-risk bonds.

Faced with these challenges, buying dividend-paying technology stocks may seem like a bad idea. However, these four technology dividend stocks should remain resilient and can easily withstand the upcoming inflation-related challenges.

Apple (NASDAQ:AAPL) is only paying a dividend yield of 0.5%, but the low payout ratio of 15% indicates that there is still plenty of room for much higher payments. Apple’s stock price is up nearly 270% over the past three years, but at 29 times future earnings, it still doesn’t look very expensive.

Apple is an inflation-proof company for two simple reasons. Firstly, it has the clout to negotiate more favorable prices from its suppliers. Second, it probably won’t lose many of its loyal customers if it starts charging higher prices for its hardware, as it’s already firmly embedded in its software ecosystem.

Apple has also consistently made large share buybacks, reducing the number of outstanding shares by nearly 22% over the past five years. Spending more cash on those buybacks, which increases the value of the remaining stock, is a better strategy than allowing its cash to stagnate in an inflationary environment.

Apple will face a short-term slowdown as it struggles with supply chain constraints, but the long-term outlook is still bright. The service ecosystem continues to expand and will eventually expand into new, next-generation markets such as augmented reality, virtual reality and connected cars.

Verizon (NYSE:VZ) is paying a dividend yield of 5%. The telecom giant has increased that dividend annually for 15 consecutive years and has spent less than half of its earnings per share on those payments over the past 12 months. The stock is also trading at just nine times future earnings.

At first glance, Verizon seems like a mediocre investment. It has fallen by more than 10% in the past three years as the S&P 500 increased almost 70%.

However, Verizon stocks are likely to remain stable as rising inflation and higher interest rates rattle markets. As the largest cellular carrier in the US, Verizon can likely pass most of its increased costs on to consumers without significantly increasing its churn. It is also a more streamlined company than AT&T (NYSE:T), still trying to undo the damage of debt-fueled expansions of its media and pay-TV ecosystems.

Qualcomm (NASDAQ:QCOM), one of the world’s largest mobile chip makers, is paying a 1.5% dividend yield. It has increased its annual payout over the past two years and has spent only about a third of its earnings on its dividends in the past 12 months.

Qualcomm’s two main businesses are both well insulated from inflation. The Snapdragon system on chips (SoCs), which bundles a mobile CPU, GPU and baseband modem, powers most of the world’s high-end smartphones. They can also be found in virtual reality headsets, cars and drones. The secular growth of those markets will give Qualcomm a lot of pricing power.

Its licensing business, which leverages its portfolio of wireless patents to earn a share of every smartphone sold worldwide, also generates a steady stream of high-margin revenue. It then plows much of that excess money into big buybacks and dividends.

Qualcomm’s shares are already up more than 200% as investors have recognized those long-term strengths, but it still looks cheap at 17 times future earnings.

Texas Instruments (NASDAQ:TXN) manufactures a wide variety of analog and embedded chips for consumer electronics, automotive, industrial machinery and other markets. These chips aren’t as powerful as Qualcomm’s mobile chips, but they’re just as essential and less capital-intensive to manufacture.

Unlike Qualcomm, which outsources the production of its chips to outside foundries, TI produces its own chips in-house. That business model insulates it from the ongoing chip shortage, and the cost-effective migration from 200mm to 300mm wafers in recent years has allowed it to significantly reduce its own manufacturing costs and increase its gross margins.

TI’s business is inherently resilient to inflation, as it has much better control over its own supply chain and operating costs than other chipmakers, and it generates a lot of excess cash for redemptions and dividends. It reduced its number of outstanding shares by 46% between 2004 and 2020, and it has increased its dividend annually for 18 consecutive years. It currently pays a dividend yield of 2.4%, supported by a sustainable payout ratio of 52%.

TI’s stock has more than doubled in the past three years, but it still trades at 23 times future earnings. That reasonable valuation, together with healthy returns and stable business, makes TI a reliable and inflation-resistant technology stock.