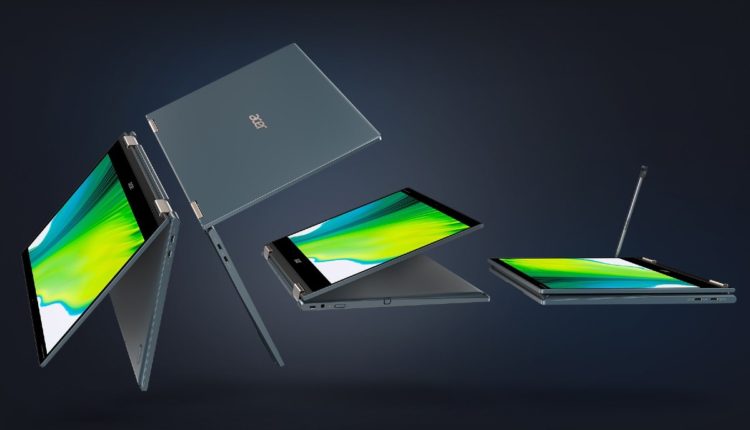 Acer India has unveiled its new Acer Spin 7 laptop for 2021, making it the first laptop to come to India with the Qualcomm Snapdragon 8cx Gen 2 processor. The latter was first announced last year at the annual IFA 2020 computer technology event. The laptop also happens to be Acer’s first laptop with 5G connectivity, offering both mmWave and Sub-6 5G connectivity with the Spin 7. The laptop features a convertible design, with a 360-degree hinge aimed at entertainment users. The Acer Spin 7 marks the entry of a new category of laptops in India, following the Snapdragon platform in the updated Microsoft Surface line-up.

The Acer Spin 7 features the Qualcomm Snapdragon 8cx Gen 2, which uses eight ARM-based Kryo 495 custom CPU cores clocked up to 3 GHz. It also features an integrated Adreno GPU solution and on paper is capable enough to render 4K HDR video workflows on established PC platforms like Windows 10 – which comes pre-loaded on the Spin 7.

Acer hasn’t yet disclosed the RAM and storage variants of the new Spin 7, so it’s not clear exactly which SKUs the laptop will come in. Somehow Acer’s e-commerce listings still show the older generation Spin 7 powered by an Intel Core i7 7th generation processor, so it will probably be a while before the laptop is available in stores in India.

In terms of other reported specifications, the Acer Spin 7 has a 14-inch full HD touchscreen LED display, with a 360-degree hinge, making it a convertible Windows 10 PC. The laptop is claimed to weigh just 1.4kg and be 15.9mm thick at its thinnest. Photos of the Spin 7 also reveal a backlit keyboard with gold lettering instead of the usual white, as well as support for the Acer Active Stylus.

The Spin 7 also gets Windows Hello login and activation with fingerprint authentication and facial recognition. Acer has equipped the Spin 7 with a 56Whr battery, which it says is good enough for 29 hours of general use. The Acer Spin 7 runs Windows 10 and appears to have two USB-C ports and a 3.5mm audio port.

The Acer Spin 7 is priced starting at Rs 1,34,999, and the company claims to be available from both online and offline retailers today.