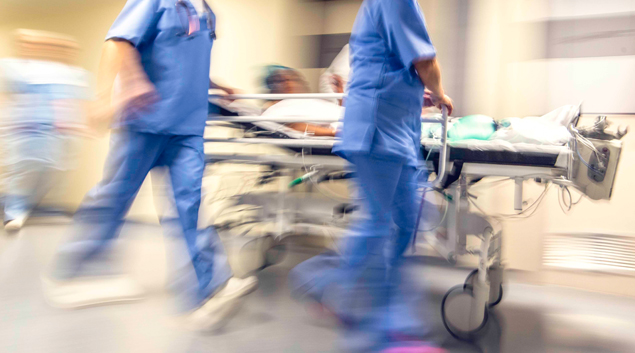 UnitedHealthcare recently announced it would move forward with new emergency care coverage criteria, which took effect Jan. 1, angering the American Hospital Association, which is urging UHC to withdraw the policy.

As of January 1, UHC began reviewing emergency services claims to assess whether a patient should access emergency care. If UHC believes that emergency care is not warranted, it may reject the claim.

“The result is that either patients have to pay for their care without any help from their health plan, or the emergency department and clinicians caring for the patient will waive billing and take the loss of reimbursement,” the AHA wrote in a statement. letter to UHC.

The hospital’s advocacy group said that since UHC announced the change after many people had already selected their health plans for the year, patients will likely be unaware when emergency care coverage is denied.

The AHA expressed a number of concerns — the most significant of which was that the new coverage criteria come six months after UHC publicly said it would not implement a new emergency coverage policy until at least the end of the public health emergency. With the number of COVID-19 cases rising again, the AHA insists the PHE is far from over.

Another issue is that while the AHA sees the new coverage criteria as a slight improvement over what UHC tried to implement over the summer — which would have retroactively dismissed emergency department claims — it has a caveat that any improvements could. undermine.

“The improvements include an acknowledgment by UHC of the importance of considering the symptoms that the patient believed warranted emergency care and not just the definitive diagnosis, which can only be established after an examination by a medical professional and relevant diagnostics,” the wrote the ahh.

But the group said UHC will continue to consider both the final diagnosis and “other relevant information,” which it does not fully specify. Without that specificity, the new coverage criteria could have the same adverse effect on patients and healthcare providers as the original policy, the organization says.

The AHA is concerned about the potential impact this would have on both patients and healthcare providers.

“Like its predecessor, this new policy will make patients much more reluctant to seek emergency care services for fear of denial of coverage and will place a significant administrative burden on the health care providers treating them,” the group wrote.

The AHA also believes the policy will overload the clinical workforce of hospitals at a time when demands on health professionals are already significant, pulling clinicians off the bed to collect, review and submit paperwork.

This would add to the risk of administrative burden, “as this policy allows UHC to manipulate its coverage criteria through the vague criterion of ‘other relevant information,'” the group said. “Unless clear coverage criteria are established, both patients and healthcare providers will be left in the dark, and such ambiguous terms will almost certainly result in healthcare providers being asked to send large amounts of paperwork to UHC in order to comply with any information it requests. to approve the coverage.”

The AHA cited statistics indicating that there are 450,000 fewer healthcare workers nationwide than in February 2020.

A request for comment from UHC was not immediately answered.

The policy, expected to take effect July 1, meant that UHC would evaluate ED’s claims to determine whether the visits were really necessary for commercially insured members. Claims deemed non-emergent would be subject to “no coverage or limited coverage,” according to the insurer.

However, the move caused a lot of resistance. The AHA objected to the policy from the start, saying the retroactive denial of emergency care coverage would put patients’ health at risk.

The policy also caused a stir on Twitter, with many saying it could spark hesitation in patients, even for events that are real emergencies, such as heart attacks. That would effectively lead to lower reimbursement for some health care providers, who are still struggling to regain financial health after delayed and delayed care during the COVID-19 pandemic has reduced revenues.

It was this backlash, according to a report by The New York Times, that led UHC to roll back the policy — for now. The insurer told the Times that the policy would be withdrawn until the end of the ongoing COVID-19 pandemic, whenever that might be.

The move is not a first for a major insurer. Anthem implemented a similar policy in 2017, deciding not to cover certain ED visits if the precipitating incident was deemed not an emergency. Anthem backtracked on this policy somewhat the following year after objections came in from health care providers, who said patients are put at risk when they have to decide whether their condition constitutes an emergency.

On January 1, 2018, Anthem said it would always pay for ER visits based on certain conditions. These exceptions include referrals to health care providers and ambulances, services provided to patients under the age of 15, visits related to an outpatient or inpatient facility, emergency room visits that occur because a patient is out of state or the appropriate emergency care clinic is more than 15 years old. miles away, visits between 8 a.m. Saturday and 8 a.m. Monday, and any visit where the patient receives surgery, IV fluids, IV medications, or an MRI or CT scan.