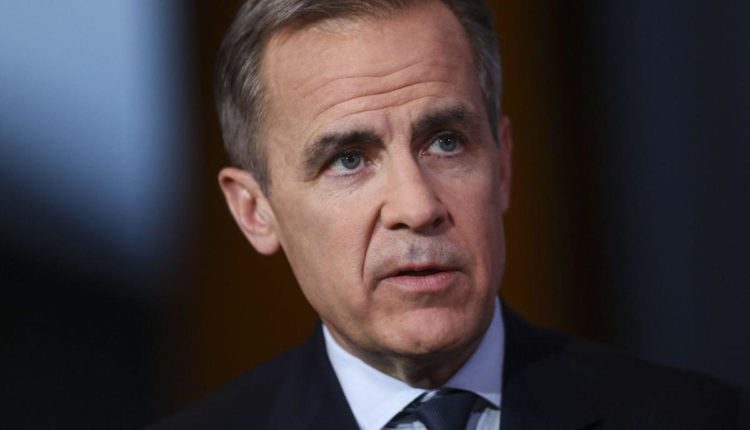 (Bloomberg) — As the dust settles on the financial sector’s most ambitious climate coalition yet, some of the biggest names on Wall Street have been conspicuously absent.

One of the major holdouts is the world’s No. 1 private equity firm, Blackstone Inc., which is leading a parade of buyout giants including Apollo Global Management Inc. and KKR & Co. Inc. None of the three signed up for a pledge unveiled at COP26 to eliminate carbon emissions and help prevent catastrophic planetary overheating.

The Glasgow Financial Alliance for Net Zero lists most of the titans of banking, insurance and wealth management in the developed world. Still struggling to restore their image after the 2008 crisis, the biggest names in global finance lined up in early November to declare that they would do their part to help fight climate change. JPMorgan Chase & Co., Citigroup Inc., BlackRock Inc. and Goldman Sachs Group Inc. were among the 450 or so who added their names to the dotted line.

The achievement was touted as a turning point by Mark Carney, the co-chair of GFANZ, who spent the better part of a year trying to convince as many financial bosses as possible that they couldn’t afford to ignore this move. The group he managed to bring together represents a staggering $130 trillion in assets, which Carney says proves that the global financial world is positioning itself to end up on the right side of history.

The private equity sector was also courted by GFANZ, according to an alliance spokeswoman, who is co-chaired by Michael R. Bloomberg, the owner of Bloomberg News mother Bloomberg LP.

GFANZ has “engaged with companies across the global financial spectrum,” the spokeswoman said. And the alliance continues to urge those on the sidelines “to join the race to zero and work with their colleagues, scientists, the UN and NGOs to accelerate the transition to a zero-zero global economy.” she said.

A few small PE firms have joined GFANZ’s sub-alliances, including Stonepeak and Earth Capital. Brookfield Asset Management Inc., which includes a private equity unit and of which Carney is vice chairman, is also part of the initiative.

But by the end of November, the biggest names in the industry hadn’t yet joined. In addition to Blackstone, Apollo and KKR, Carlyle Group Inc. and TPG have also abstained so far. Spokespersons for Carlyle and Apollo declined to comment when Bloomberg contacted them. A KKR spokeswoman said the company is “currently evaluating future public commitments with respect to net-zero commitments,” without elaborating further.

A TPG spokesperson said the company is considering joining. He pointed to the already “lower carbon sectoral focus” in TPG’s portfolio and said it is “most focused” on investments in “companies that will generate the carbon reduction technologies needed to achieve the ambitions of the Paris Agreement. “

After initially declining to comment, a Blackstone spokesperson said on Sunday that the company “has amassed significant expertise and efforts to reduce carbon emissions” over the past decade, “building stronger, more resilient companies.”

The spokesman also said Blackstone has “recently” committed to cutting carbon emissions from all new portfolio companies by 15% and “helping these companies develop plans to become climate-focused”.

Ironically, private equity is better suited than most to hit net-zero targets. The industry tends to have “large or controlling ownership interests,” a degree of influence that is “much harder to achieve in public markets,” said Mary Nicholson, head of responsible investing at Macquarie Asset Management.

Representatives of private equity firms who spoke on condition of anonymity said the main thing holding them back was the inability to come up with credible plans so far to eliminate their carbon footprint by 2050. Many also pointed to their existing climate plans that, while not specifically targeting net-zero emissions by mid-century, have taken meaningful steps toward reducing funded emissions, the people said.

It’s an argument that the sovereign wealth fund industry, which is largely owned by petrostates, has also been used in an attempt to explain the near-total boycott of GFANZ.

Climate activists have also expressed skepticism towards GFANZ, but for different reasons. They warn that there are no built-in mechanisms to verify that signatories actually keep their promises. And some worry that members are using the alliance as a branding exercise, without being held accountable.

“The big question here is how effective all of these alliances and commitments will be: are they built to pursue the best available scientific standards for decarbonization or are they just meant to make financial services firms look like they’re taking action on decarbonisation? climate problems, while holding themselves to a lower bar,” said Sophie Flak, managing partner and head of ESG at the French investment company Eurazeo SE in Paris.

Net-zero versus the rest

But few environmentalists dispute the importance of targeting net zero.

In a critique of holdouts earlier this year, former United Nations climate chief Christiana Figueres asked those “taking advantage of the opportunities arising from the low-carbon transition” as an investment strategy, without committing to net zero. “Given the gravity of the climate crisis, this is no longer enough,” said Figueres, who chaired the 2015 Paris Agreement.

According to Eurazeo, the more net-zero holdouts there are, the smaller the chance of success.

“For a project like GFANZ to succeed, all major players must commit to achieving net zero emissions and developing Paris Accord-aligned decarbonisation roadmaps,” said Flak. “That certainly includes private equity.”

What is Quick Charge? How does it work?

What is Quick Charge? How does Qualcomm’s fast charging protocol work?