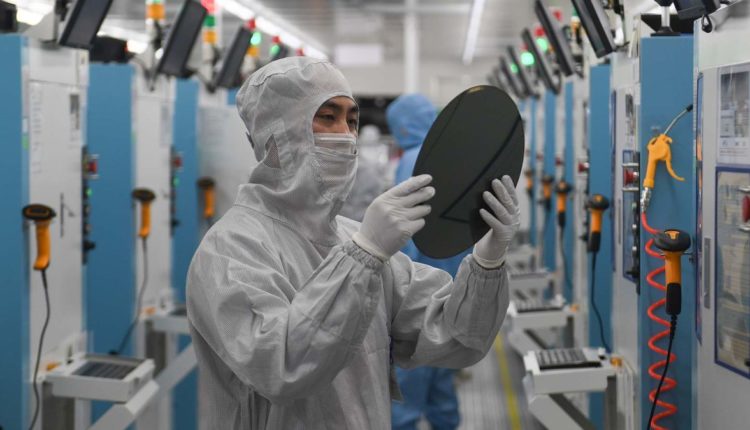 The semiconductor shortage is sure to last well into 2022 after the chip supplier to some of the world’s largest tech companies said manufacturing will struggle to meet rising demand for its products.

In an online conference this week, Dr. CC Wei, CEO of TSMC, that the production capacity of the TSMC foundry was still insufficient to meet the demand for its chips, especially orders for components used for high-performance computing (HPC) systems and 5G devices using the 5nm process node.

The company’s other process nodes, which are widely used in automobiles, IoT and server equipment, have also been stretched thin, according to Taiwanese news channel United Daily News. While TSMC isn’t nearly as big as Intel in terms of revenue, it has a much more diverse customer base because its chips are used by companies like Apple, AMD, and Qualcomm to make everything from networking gear to iPhones and graphics cards.

If TSMC is stretched thinly across its key process nodes, a much greater number of industries will be affected by the capacity constraints than if Intel were to face the same production constraints that affect the more “traditional” computer market more than anything else.

In fact, Intel is starting a contract with TSMC to make various chips and is starting to make chips itself for other companies such as Amazon and Qualcomm to try to meet the global demand for semiconductor components.

The only way the chip shortage will ever be addressed is to build more foundries to increase capacity, as demand for this most essential part of modern technology will only increase in the future as more of everyday life becomes digitized, from smartphones to smart cities.

dr. Wei also said at the conference that the company expects to begin mass production at its 2nm process node in 2025, and the company broke ground earlier this year on a new foundry in Arizona based on its 5nm process, which is expected to be completed. completed in 2024.

Rival semiconductor maker Samsung, meanwhile, is in negotiations to invest $17 billion in a second Texas semiconductor foundry, in addition to increasing investment at its current Austin plant to increase capacity.

Intel plans to spend approximately $20 billion to build two new foundries in Arizona and recently signed a contract with the U.S. Department of Defense to build capacity for the company’s most advanced node, 18A, which is expected to begin operating in September. will go into production in 2025.

The chip shortage never goes away, here’s why

While most industry professionals will tell you that they expect the chip shortage to last through 2022, it may give the impression that sometime in 2022 the chip shortage will end and you can finally buy a PS5 or the best graphics cards that will run on this. are anything but vaporware at the moment.

That’s not quite what they’re saying, though, as companies project conditions up to a point to plan their business strategies, production, and inventories. Given the number of variables involved in such financial modeling, you can only push it so far before your numbers become unreliable. That’s what CEOs and the like really mean when they say the chip shortage will last until 2022.

That means they could all show up at conferences in 2022 to say that the chip shortage will last until 2023 or 2024, and frankly, that’s what’s going to happen unless the new reality that this chip shortage isn’t a shortage at all, but a systemic deficiency sets in.

Chip foundries take years to build, so a number of new factories that come online in four years will do everything they can to meet the current demand for chips. And as anyone with a cell phone that degrades in performance after a few years can tell you that just because TSMC or Samsung manufactured the chip that controls your phone today doesn’t mean they’ve met your demand, at least not permanently. .

Every few years, those foundries have to make all the new chips to power your next phone, and the one after that. Plus, they now also need to make the chips that run your new Wi-Fi 6 router, your Nest Hello doorbell, and your car.

They will also have to build the chips to meet the demands of all the new customers they are picking up in parts of the world that have been neglected for the past twenty years in the South and many parts of Asia that are starting to see a thriving consumer market for these goods. .

And that’s just consumer electronics, we’re not talking about all the new network infrastructure that we’re going to need for the delayed rollout of 5G, and then 6G when it comes.

Demand is only increasing and growth is likely to be exponential rather than linear. Adding the number of manufacturing plants will not be enough to keep up when we have to multiply the number of plants.

Plus, you have a physical supply chain that can disrupt production capacity at any number of points along the way, something we’re seeing even with the recent US port crisis. All the while, demand may slow down for a while or even level off a bit, but it will never suddenly decline to the point where production could catch up.

P.E.I. Department of Finance apologizes for failing to disclose emails from ex-minister