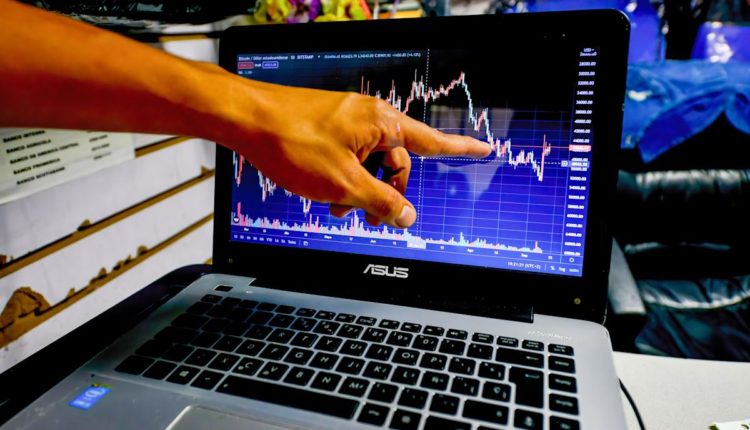 A storm is brewing between the booming cryptocurrency sector and regulators tasked with overseeing a red-hot industry, where potential risks to investors spread almost as fast as new products.

Tuesday’s Senate testimony by newly appointed Securities and Exchange Commission chairman Gary Gensler did little to shed light on a number of crypto-related controversies — including an evolving battle with Coinbase (COIN), the main crypto trading platform trying to offer a new loan product.

However, the SEC chief was faced with pointed questions about how far the agency was willing to go to bring order to the Wild West of trading and product creation in a digital currency sector that prides itself on decentralization, efficiency and the empowerment of small investors.

For his part, Gensler said, “This asset class is full of fraud, scams and abuse in certain applications. We can do better.” That point was illustrated on Monday, when a fraudulent press release touting a partnership between Walmart (WMT) and Litecoin (LTC-USD) set the market in motion before the retail giant shot it.

The SEC was created to promote investor protection, facilitate capital formation, and everything in between, Gensler said. In recent months, the SEC has gone on the offensive to pursue alleged bad actors in the crypto space.

On Monday, the agency charged three media companies with illegal offers of digital assets and stocks. In early September, they fined crypto lending platform BitConnect and its top executive $2 billion for fraud. And the previous month, the SEC charged Poloniex, a crypto exchange, $10 million for operating an unregistered exchange that sold digital securities.

Regulators are “aggressively coming after cryptocurrency companies that are using enforcement cases and sending a signal that they are watching the industry very carefully,” Reena Aggarwal, director of Georgetown’s Center for Financial Markets and Policy, told Yahoo Finance.

Coinbase and ‘Regulation by Dispute’

Employees of Coinbase Global Inc, the largest cryptocurrency exchange in the US, watch as their listing is displayed on the Nasdaq MarketSite jumbotron in Times Square in New York, US, April 14, 2021. REUTERS/Shannon Stapleton

However, tensions between regulators and industry players are mounting, as a viral Twitter post by Coinbase CEO Brian Armstrong illustrated last week. The friction between Armstrong and the SEC revolves around Coinbase’s plans to launch a crypto lending product, Coinbase Lend, later this year.

With a proposal offering a 4% annual return (APY) on USD coins (USDC) – a stablecoin pegged to the US dollar – the lending product is lower than other crypto lending companies, according to what Armstrong revealed on Twitter. However, the SEC still classified the product as a security.

“This is how the SEC regulates,” Caitlin Long, a Wall Street veteran who is currently CEO of crypto banking startup Avanti Financial, told Yahoo Finance in an interview.

“They will try to get an entire market moving by choosing an example. What is interesting and frustrating for us in the [crypto] industry is that the industry has been collectively asking the SEC for clarification on some of these issues for years,” she added.

They don’t offer much proactive guidance, preferring to let the founders read the tea leaves based on enforcement… But enforcement is patchy and scattered. Nic Carter, crypto investor

Long and others have criticized this approach, calling it “regulation through lawsuits.” Georgetown’s Aggarwal and those on Capitol Hill have pointed out that it is not clear whether the SEC has the authority or the resources to regulate other parts of the market, such as the fees charged to crypto exchanges.

“Financially, we could use a lot more people,” Gensler admitted on Tuesday. “There are 6,000 projects. Some of them are commodities, many of them are securities by law, and many of the platforms are.”

While it remains difficult to pin down the SEC’s next moves in the crypto sector, the greater concern of proponents, and policymakers in Washington who disagree with Gensler, is that the committee’s current approach is unclear.

Jennifer Schulp, a former FINRA attorney and current director of Financial Regulation Studies at the Cato Institute, said a key issue Gensler raised this week is determining whether a digital asset is a security, far from it. is clear.

Gensler’s “jurisdiction of authority is based on many assumptions about the facts and circumstances of a large number of assets,” Schulp told Yahoo Finance.

“This lack of clarity, coupled with the SEC’s insistence on putting these assets within an ill-fitting securities regulation framework, threatens to hinder innovation at the expense of so-called investor protections,” she added.

“They don’t offer much proactive guidance, preferring to let the founders read the tea leaves based on enforcement… But enforcement is patchy and scattered,” Carter explained.

“All users go through onboarding for those trust accounts through the Abra app. Interest (yield) on crypto holdings, including Bitcoin, Ethereum and USD stablecoins, is paid through Prime Trust,” an Abra spokesperson said.

Prime Trust is a chartered trust company regulated by the Bank Commissioner’s Office in the Financial Institutions Division. Their clients also include crypto exchanges such as Kraken and Binance.US.

Abra faced its own issues with the SEC more than a year ago, when the regulator fined the company $300,000 for offering tokens to customers that compromise the performance of stocks and shares of exchange-traded funds (ETFs). reflected. Major exchanges like FTX have managed to offer tokenized stocks by not making them available to US investors.

Now with $1 billion in assets under management, Abra appears to have recovered, thanks to success in their retail customer services that have expanded dramatically over the past six months, Barhydt said.

“In general, these are wealthy customers looking for a very high-touch experience,” he added.

At the end of its latest funding round, Abra raised $55 million with backing from venture capitalists including Blockchain Capital and Amex Ventures.

For more information about cryptocurrency, visit:

Dogecoin, what is it? How to buy it?

Ethereum: what is it and how do you invest in it?

Xiaomi 11T Pro: 4 reasons you should be excited about this new flagship phone