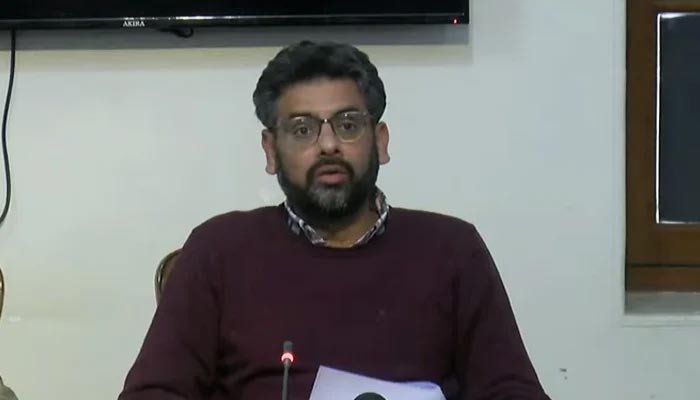 KARACHI: The price of petroleum products in the country will fall in the coming days, Finance Ministry spokesman Muzzammil Aslam said on Saturday.

At a press conference, the spokesman defended the government’s decision to impose additional taxes worth more than Rs 300 billion – through the 2021 Finance Bill – and said the international lender had demanded more.

It is pertinent to mention here that the government has faced serious criticism after raising the price of petrol by Rs4 per liter on the eve of the new year to meet the International Monetary Fund (IMF) petrol tax targets.

Aslam said: “The IMF had [asked the government] to levy taxes worth Rs 700 billion, but we have introduced taxes of only Rs 350 billion.”

Speaking about rising inflation, the spokesman said that inflation was a global phenomenon and a similar situation occurred in 2008 – a year of severe global economic crisis.

He also noted that it was important to review inflation figures for the past six months, but stated that several financial sectors have performed well over the past year.

Meanwhile, the Pakistan Bureau of Statistics (PBS) released its monthly inflation data earlier today, which skyrocketed to 12.3% in December.

The spokesperson added that the 2021 Financing Act was not the “mini-budget” as the opposition had called it. “We are also putting an end to the unnecessary tax exemptions of previous governments.”

After federal finance and tax minister Shaukat Tarin presented the additional financing bill in parliament on Thursday, opposition criticism of the imposition of additional burdens on the population and the resulting rise in inflation had been called “unfounded”.

Speaking at a joint press conference, flanked by State Minister for Information and Broadcasting Farrukh Habib, Tarin had said the Rs343 billion tax reform has been revised in the bill.