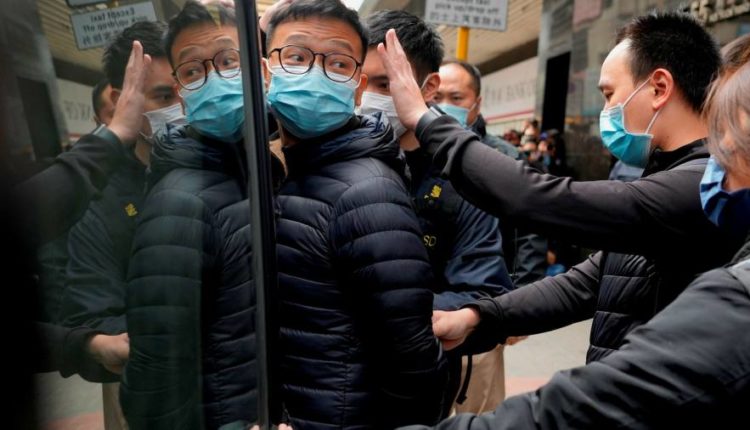 More than 200 officers descended on the offices of Stand News, an independent news site known for its critical coverage of government policy, Wednesday morning. Current and former senior executives have been arrested under British colonial law for alleged “conspiracy to publish incendiary publications”.

Those included Chung Pui-kuen, the outlet’s former top editor who resigned last month, and acting editor Patrick Lam, according to a person familiar with the case and local media.

Denise Ho, a well-known singer and opposition activist from Hong Kong, and Margaret Ng, a former lawmaker, both former members of the news site’s board, were also arrested.

Ronson Chan, editor-in-chief of Stand News and chairman of the Hong Kong Journalists Association, has been removed from his home by police, according to the news site. The report did not say whether he had been arrested.

The raid came six months after Apple Daily, the pro-democracy newspaper, was forced to close when authorities froze its assets and arrested a number of senior journalists. Jimmy Lai, the company founder who is in jail on separate charges, and six former senior Apple Daily employees were also charged Tuesday with inflammatory publishing.

Dozens of opposition activists have fled or been arrested in the city after Beijing imposed a sweeping national security law that came into effect last year in response to pro-democracy protests that swept the city in 2019.

In the past two years, a number of prominent journalists have been arrested and foreign reporters have not been issued visas to work in the area.

Critics said the latest measures posed a threat to press freedom in the city, despite Beijing’s commitments to protect the media and freedom of expression for 50 years after Hong Kong’s handover from the British to Chinese sovereignty in 1997.

“The arrests taking place just before the New Year have sent a strong signal,” said Grace Leung, a lecturer at the Chinese University of Hong Kong who specializes in media regulation and policy.

“The further [extends the] cooling effect . . . with a lot [journalists] I already feel uneasy,” she added. “Other media may still continue to do their jobs, but no one knows when they will be the next target and there seems to be no way to prevent that.”

According to a police statement, officers used a search warrant under the national security law that allowed them to search and seize journalistic material during the raid.

Chris Tang, the city’s security secretary, publicly criticized Stand News this month, saying its coverage of the government was “biased, misleading and demonizing.”

HKJA expressed “deep concern” over the arrests and robberies at Stand News’ newsroom, while Hong Kong’s Foreign Correspondents Club said the incident “will continue to cool the media environment”.

John Lee, Hong Kong’s second-ranking official and former security secretary, warned reporters on Wednesday after the arrests that the government would retaliate against anyone who “uses media work as a tool to pursue their political ends. . .[that]violates the law and endangers national security”.

Stand News has been nominated this year for a press freedom award from Reporters Without Borders (RSF), the media rights organization announced last month.

RSF warned in its latest report that Hong Kong was in a “free fall” under national security law, as officials have considered proposals for a “fake news” law, which many fear will further curb tolerance for critical reporting.