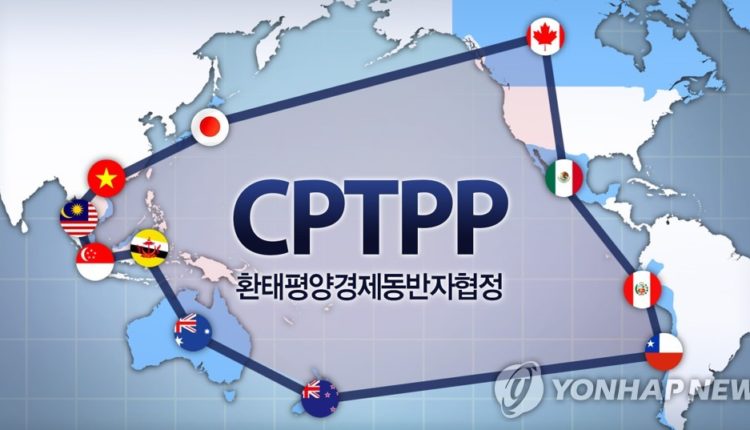 South Korea has “actively” evaluated its entry into the Comprehensive and Progressive Agreement for Trans-Pacific Partnership (CPTPP) as part of its effort to expand mega-free trade agreements in the Asia-Pacific region.

“The government is trying to gather public opinion and societal discussions about joining the CPTPP,” Finance Minister Hong Nam-ki said at a government meeting.

He said the government is seeking CPTPP accession to expand trade and investment and strengthen the country’s status as a major player in global trade.

The CPTPP is the renegotiated version of the Trans-Pacific Partnership (TPP) led by former US President Barack Obama.

In 2017, then-US President Donald Trump withdrew from the TPP, which is widely seen as an important counterweight to China’s growing economic influence.

Launched in December 2018, the CPTPP has been signed by 11 countries, including Japan, Australia, Canada, New Zealand and Mexico.

According to a report by the Korea Institute for Industrial Economies & Trade, the trade volume of the 11 countries participating in the CPTPP was US$5.7 trillion in 2019, accounting for 15.2 percent of the total global trade amount.

South Korea’s possible entry into the CPTPP could provide a significant boost to its move to expand its trading portfolio, alongside the planned implementation of the Regional Comprehensive Economic Partnership (RECEP).

The RECEP, which was signed in November 2020, will come into effect in February next year, as South Korea’s National Assembly ratified the trade agreement early this month.

The RECEP includes the 10-member Association of Southeast Asian Nations (ASEAN), South Korea, China, Japan, Australia and New Zealand. The trade pact is known as the world’s largest free trade agreement, as the 15 member states together account for about 30 percent of global gross domestic product.

Because the CPTPP advocates a high degree of market openness, South Korean farmers have resisted the government’s offer, citing the potential damage to the agricultural sector.

The accession will also have the same impact as the signing of free trade agreements with Japan and Mexico. This could exacerbate South Korea’s trade deficit with Japan, industry experts said.