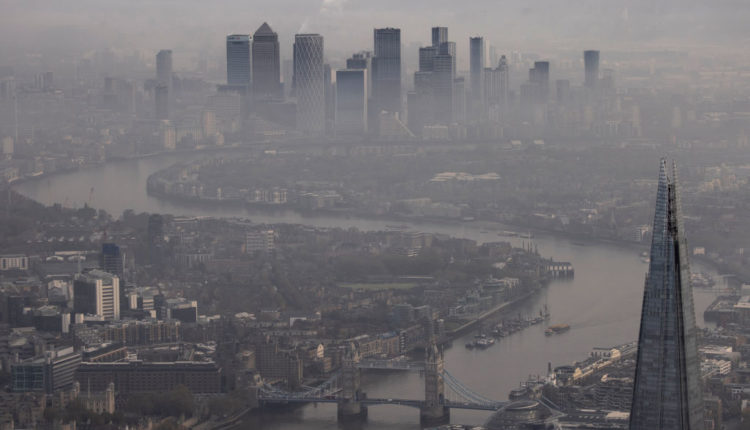 It seems that many European financial services companies are not interested in continuing to be licensed in the city, as only half of the EU companies that were granted a temporary license to operate in the UK – immediately after Brexit – has applied for a full permit. of the information request.

The city’s watchdog, the FCA, had put in place a temporary licensing scheme in the months before Brexit to give European Union businesses the chance to continue trading in the city while the final rules and regulations were worked out.

The temporary permit, called ‘landing slots’, was created to support businesses that had passports in the UK before Brexit and it was agreed that they would continue to operate if they applied for full approval from the FCA or the PRA.

Brits will have to pay for EU entry from 2022: Bloc asks for cash and pre-approval as travel to Europe will no longer be free after Brexit

However, Financial News found that only half of the companies allocated landing slots did indeed apply for a full license in the UK, implying that there is little or no incentive for some companies to remain active in the UK.

Even after the FCA wrote to dozens of companies over the summer, applications reportedly did not increase. On September 30, the window closed, and only 39 of the 72 companies expected to apply actually did so.

This means that 46 percent did not apply to the FCA, significantly higher than the regulator’s initial expectation of about 20 percent.

One explanation could be that some European companies had passport rights that they didn’t actually use, according to Esrar Moitra, a former FCA employee who works for compliance consultancy Braithwate.

“Companies headquartered in Europe have found that they can actually establish themselves in the UK rather than set up licensed UK entities, and many have gone down that route, so that will certainly have reduced some of the numbers.”

“It may be ominous for the UK because the difference is quite large,” Niki Beattie, founder and CEO of Market Structure Partners, which advises companies on capital market infrastructure issues, told Financial News.

“By going the industry route, companies can save capital and have a lighter take on governance. Perhaps you could interpret this as the UK having less reach going forward – companies do business here, but have no headquarters here.”