MediaTek Continues to Take on Qualcomm and Lead the Smartphone SoC Market in Q3: Counterpoint 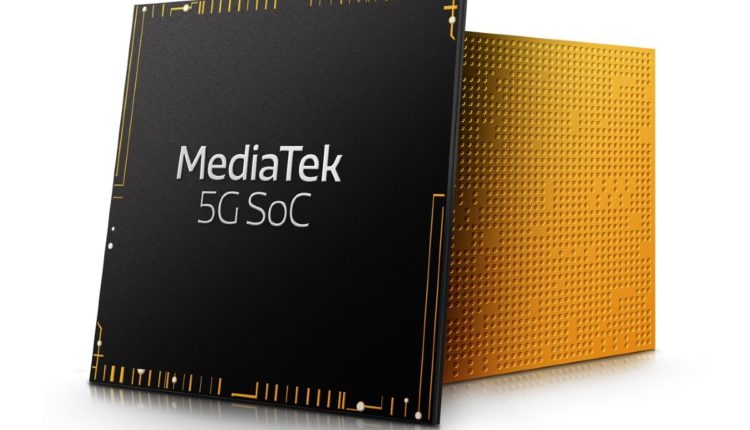 MediaTek continued to lead the smartphone system-on-chip (SoC) market in the third quarter of 2021 with an increased share of 40 percent, according to a report from a research firm. MediaTek’s continued growth makes it difficult for Qualcomm to return to its leading position in the market. However, the San Diego, California-based chipmaker still leads the market for 5G smartphone modems. The strategy of going with dual foundry sourcing is also helping Qualcomm mark quarter-over-quarter and year-over-year growth in smartphone SoC shipments.

Counterpoint reports that MediaTek grew to 40 percent market share in the third quarter, from 33 percent in the same quarter last year, thanks to competing 5G SoCs and strong demand for its 4G chips. The company said the Taiwanese company gained market share in the low-mid range 5G SoCs, though its 4G LTE SoCs also helped cement its market leadership position.

Unlike MediaTek, Qualcomm lost its market share by one percent to 27 percent in the quarter, according to Counterpoint. However, the company managed to grow nine percent sequentially thanks to the double purchase of foundries. Qualcomm’s SoC shipments also grew both quarterly and year-over-year in the third quarter, the company said.

“Qualcomm led the 5G baseband market with a 62 percent share. It benefited from the victory of the 5G baseband modem chipset in the Apple iPhone 13 series and the demand for its complete 5G SoC chipsets, from the flagship 8 series to affordable 4 series,” said Parv Sharma, research analyst at Counterpoint.

Counterpoint also predicts Qualcomm will gain some market share in the fourth quarter as a result of its Snapdragon 7, 6, and 4 series refresh portfolio.

After Qualcomm, Counterpoint’s data shows Apple maintained its third-quarter position in the market with a 15 percent share. The company managed to grow its market share by three percent and is expected to grow further in the fourth quarter. The growth will mainly come from the launch of the iPhone 13 series and the ongoing holiday season. Counterpoint, however, said a shortage of components would affect Apple’s sales during the holiday season.

China’s Unisoc also continued its pace of growth for the third consecutive quarter in the third quarter, with a double-digit 10 percent market share, Counterpoint reports. The company expanded its customer base by bringing Honor, Motorola, Realme, Transsion and ZTE on board. It also started selling its SoC for Samsung’s Galaxy A series.

However, Samsung itself dropped from fourth to fifth position in the third quarter, according to third-party results. The South Korean giant captured a five percent share via Samsung Exynos chips.

Huawei’s HiSilicon continued to decline in the smartphone SoC market globally, falling from 13 percent to two percent in the third quarter, Counterpoint’s data shows. The company has been unable to manufacture its new HiSilicon Kirin SoCs due to the US trade ban, and its existing stock of Kirin chipsets is in danger of being depleted, Counterpoint said.

Global Market Share for Smartphone SoC Shipments, Q3 2020 vs. Q3 2021 (according to Counterpoint)

Counterpoint said Qualcomm led 5G baseband modem shipments for smartphones, MediaTek came second and Samsung third. Other players in the race shrank from 34 percent to four percent in the quarter.

“The mixed ASP [Application Processor] will continue to increase due to the launch of flagship products in the first quarter of 2022 and an increase in chipset prices from the fourth quarter of 2021,” said Counterpoint Research Director Dale Gai.