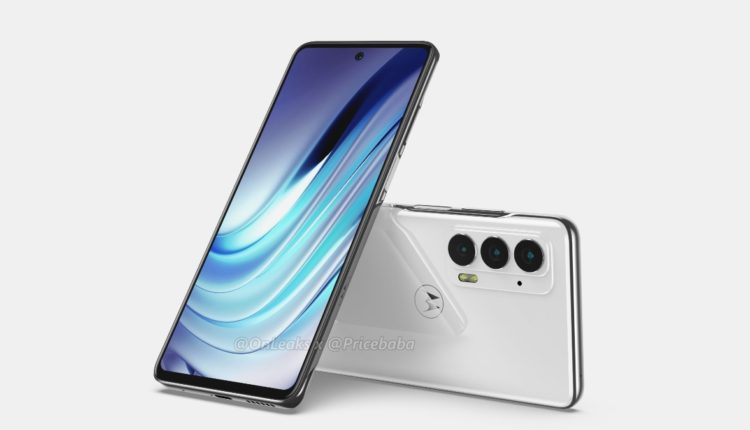 Motorola Edge 20, an upcoming smartphone from the company, has leaked specs and 360-degree renders. The renders leave little to the imagination and offer a full view of the phone from all sides. According to the renders, the Motorola Edge 20 is letting go of the curved edges and getting a flat screen instead. In addition, the Motorola Edge 20 is tipped to come with Qualcomm Snapdragon 778G SoC, 120Hz refresh rate, 108-megapixel triple cameras on the back and a 4000 mAh battery on board.

Renders and specs have been leaked by PriceBaba in conjunction with OnLeaks. The design of the Motorola Edge 20 has changed significantly from its predecessor, the Motorola Edge, which was launched last year. The rear camera module sees a different design and the punch cutout is centered instead of sitting on the left edge of the screen. The curved edges have not returned and the Motorola Edge 20 has light bezels on the sides of the flat screen, with a deeper chin at the bottom.

There is a side-mounted fingerprint scanner on board with the volume rocker on the right. There is a triple camera setup in a rectangular camera module on the back with the flash next to it. The Motorola logo is embossed at the top center. The speaker grille and USB Type-C port are integrated at the bottom. Renders suggest that the phone will come in at least white and blue finishes.