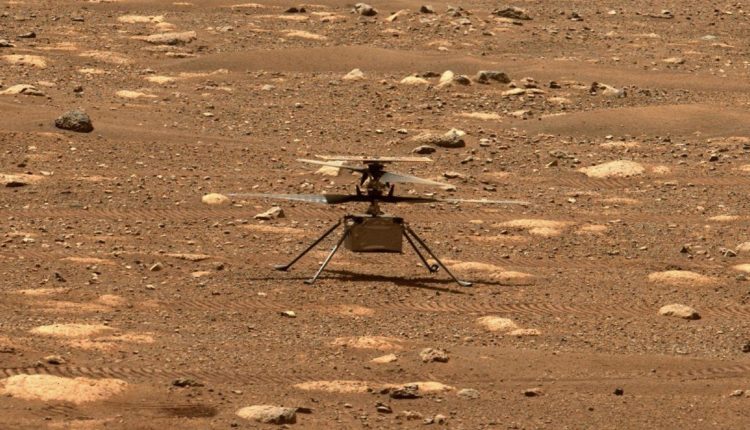 The Ingenuity helicopter on the surface of Mars. Credit to NASA / JPL

NASA officials said Saturday they are targeting early Monday morning for the historic maiden flight of a small helicopter in the cold, tenuous atmosphere of Mars.

The 4-pound helicopter dubbed Ingenuity is scheduled to take off at approximately 12:30 p.m. Pacific Time. A public live stream will begin later at 3:15 a.m. as the helicopter team prepares to receive post-flight data at the Jet Propulsion Laboratory in Pasadena.

Ingenuity is designed and built at JPL and will be powered by a Qualcomm Snapdragon processor with dedicated software. It was supposed to make its historic maiden flight on April 11, but the mission was delayed due to an issue that occurred during a test rotation of the rotors.

“During the high-speed spin test, the sequence ended early during the transition from ‘preflight’ to ‘flight’ mode,” the mission managers tweeted. “The helicopter is safe and healthy. The team determines the problem. “

On April 12, the helicopter management team found “a software solution” to the problem, NASA said.

“Over the weekend, the team considered and tested multiple potential solutions to this problem, concluding that a minor change and reinstallation of Ingenuity’s flight control software is the most robust way forward,” said a NASA blog post. “This software update will change the process by which the two flight controllers start up, allowing the hardware and software to safely switch to flight state.”

The helicopter’s maiden flight will be short. It is expected to rise to a height of about 3 meters, float for 30 seconds and then return to the surface of the planet.

Ingenuity has no scientific instruments on board. It is strictly a demonstration mission to determine the feasibility of flights into the atmosphere of another planet.

The helicopter was carried to Mars, attached to the Perseverance rover’s belly, which dropped it on the surface and drove away.