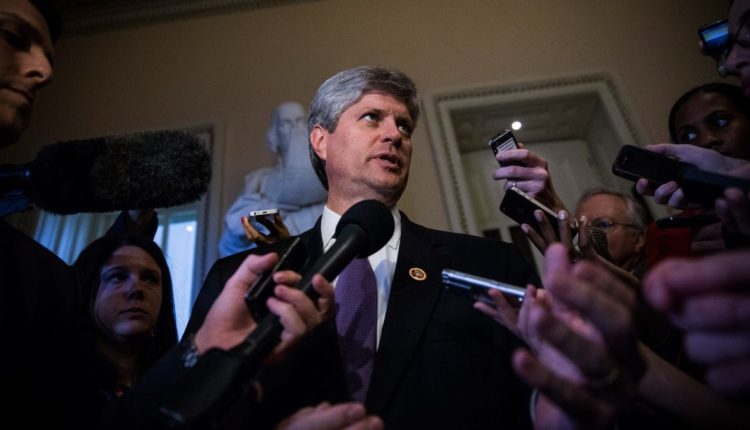 Congressman Jeff Fortenberry of Nebraska was charged Tuesday with concealing information and lying to federal authorities in a campaign finance investigation into illegal contributions to the longtime Republican legislator’s 2016 reelection bid.

Fortenberry, 60, who has served in Congress since 2005, is accused of repeatedly lying and misleading investigators during an investigation involving Lebanese-Nigerian billionaire Gilbert Chagoury. Prosecutors say Chagoury has arranged to contribute $30,000 to the legislator’s campaign through intermediaries, although such contributions from foreigners are illegal.

The donations were said to have been made to the campaign in early 2016 during a fundraiser in Los Angeles.

Chagoury signed a deferred prosecution agreement with federal prosecutors in Los Angeles in 2019, in which he admitted to funneling $180,000 to four different political candidates in US elections. As part of the deal, Chagoury, one of Africa’s richest men, also agreed to pay a $1.8 million fine and to cooperate with federal authorities.

According to federal prosecutors, a co-organizer of the 2016 Los Angeles fundraiser, identified in court documents as “Individual H,” notified the FBI and the IRS of the settlement. The information led to the focus on Fortenberry and whether the congressman knew the contributions were prohibited.

In a phone call in June 2018, the informant allegedly told Fortenberry that an employee of Chagoury gave him $30,000 and that the money had been distributed to others during the fundraiser to hide the real source of the money.

“Despite learning of the illegal campaign contributions, Fortenberry has not filed an amended report with the Federal Election Commission,” court documents said.

Fortenberry reportedly made “false and misleading statements” during two separate interviews with federal investigators in 2019, including that he was unaware of the illegal contributions and the plan to hide them.

During the second interview, on July 18, 2019, Fortenberry again allegedly denied having had any knowledge of the scheme, stating that he would have been “horrified” to hear about the illegal contributions made by the pre-arranged intermediaries.

In a video posted online, Fortenberry said he would aggressively fight the criminal case.

“We are shocked, we are stunned,” the congressman said, talking about the FBI interviews. “I feel so personally betrayed. We thought we were trying to help. So now we have to fight.”

Fortenberry is due to appear in court for the first time on Wednesday.

Each of the three criminal counts carries a maximum penalty of five years in prison.

How Qualcomm and Lenovo Plan to Solve Enterprises’ Apple Problem