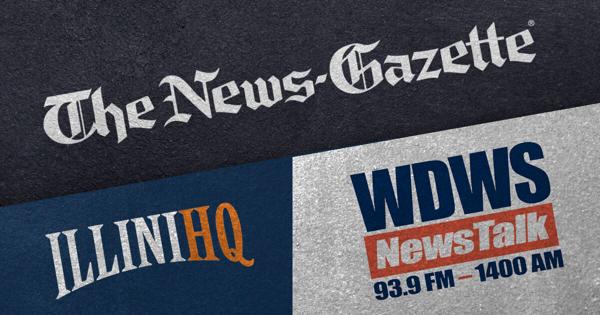 CHAMPAIGN — The city of Champaign is about to hire a St. Louis firm as a financial advisor for economic development projects.

If approved by city council today, the city would sign a five-year contract with PGAV Planners LLC, with the city paying PGAV up to $100,000 over the term of the agreement.

Contrary to the city’s proposal to hire a private security firm to supplement an understaffed downtown Champaign Police Department, hiring a financial advisor would provide additional expertise as well as help the city’s planning and development get to some projects faster, said TJ Blakeman, senior economic development planner.

The city is receiving requests from private developers for help with various projects, he said.

“It’s good to have that expertise and another set of independent eyes to help us make our division,” he said.

The city has contracted private companies in the past to assist in economic development projects, including the creation of districts to fund tax increases, Blakeman said.

“Tasks like this require a lot of fieldwork, data analysis and document production that would otherwise require a significant amount of department staff time that could be spent on other projects,” he said in a memo to the council.

Potential projects over the five-year contract period include analysis of proposed development projects, advice on funding districts for tax increases and potential changes to the City of Champaign/Champaign County Enterprise Zone, assisting city employees with completing and submitting state or federal reports related to economic development and helping city workers with strategic planning.

One of PGAV’s first tasks would be to create a feasibility study and redevelopment plan for the proposed Garden Hills tax Increment Financing District, with the goal of approving the new TIF district by the fall, according to the memo to the council.

In a letter outlining PGAV’s qualifications for the city contract last December, Andy Struckhoff, vice president of PGAV, said the company creates, modifies and reports districts across Illinois to fund tax increases, and that the vast majority of majority of its customers are municipalities, economic development companies and non-profit organizations. organizations.

“In addition to our experience in setting up development finance tools, we are also urban planners, architects, graphic designers and landscape architects,” the letter reads. “These skills allow us to see projects beyond the numbers and think about how a project fits into the bigger picture of the community.”

PGAV has also submitted its rate table to be used for its contract with Champaign, and it includes hourly rates from $95 to $250.

‘Verdict is in’ on modern monetary theory, strategist says