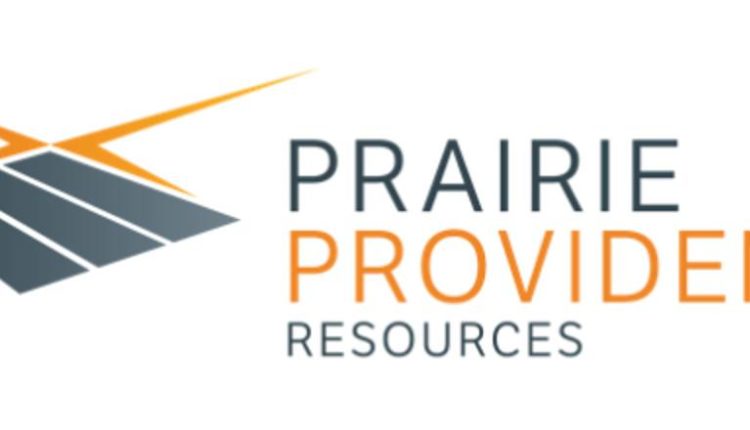 Tony Berthelet, President & Chief Executive Officer commented: “The production results from our first quarter Michichi drill campaign confirms the optimized wellbore placement in the lower Banff, and the benefit of increased stage count on initial production results. We will monitor production results to determine improved recovery from this development design change, but we remain very encouraged by the early reservoir pressure and production stabilized rates. Upward cost pressure across all services and materials will continue to be a focus for Q2 as the industry adjusts to inflationary pressures.”

Successful drilling and capital program: During the quarter, we successfully drilled and completed two gross (2.0 net) Banff formation wells in the Michichi area. The wells both commenced production in early March 2022, with average IP30 rates of approximately 1471boe/d and 1152boe/d, respectively. Current average production of these wells is approximately 420(3) boe/d. During Q1 2022, we incurred Net Capital Expenditures4 of $7.4 million primarily in the Michichi area, including the drill, completion, equip and tie-in of the two wells described above, converting a producing well to an injection well to expand our waterflood in the area and incurred costs related to facility upgrades. Additionally, we spent $0.2 million on the reactivation of the Loyalist field, which was shut-in in 2020 due to weak commodity prices. Production in the Loyalist area is expected to resume in the second quarter of 2022.

Increased production: Production was on budget for the quarter and averaged 4,175 boe/d (65% liquids), which was 3% or 104 boe/d higher than Q1 2021, due primarily to production additions from the successful 2021 five well (5.0 net) Princess drilling program, partially offset by natural declines. Due to the on production timing of the Q1 2022 drills, the incremental production had a limited impact for the quarter of approximately 755 boe/d, but is expected to have a greater impact on the production of future quarters in 2022.

Adjusted funds flow (“AFF”)4: AFF for Q1 2022 totaled $6.9 million ($0.05 per basic and diluted share), excluding $2.1 million of decommissioning settlements, reflecting a 230% improvement from the same quarter of 2021 primarily due to increased operating netbacks.

Net debt4: Net debt at March 31, 2022, totaled $128.1 million, an increase of $3.8 million from December 31, 2021 as the Company sought to take advantage of high commodity prices through execution of its capital program and to meet its environmental stewardship goals through meaningful reductions in its decommissioning obligations. As such, the increase was attributed to aggregate capital expenditures, lease payments, decommissioning settlements and restructuring costs in that exceeded AFF4 in the quarter, as well as the recognition of $0.5 million of deferred interest on long-term debt, partially offset by a $1.1 million unrealized foreign exchange gain on our US dollar denominated debt.

1 Operating netback is a non-IFRS measure (see “Non-IFRS Measures” below).

The two Michichi Banff wells have stabilized at approximately 210 boe/d each, comprised of 155 bbls of oil and 325 mcf of gas per day. As a result of improvements in drilling and completions the wells are performing well above type curve, currently producing 50 – 75% above expectations with low early declines and original reservoir pressure. The 102/01-04-032-17W4M well was converted to injection to support the waterflood expansion in section 04-032-17W4M. The improved production performance and original reservoir pressure result confirms the proof of concept of Banff development in Michichi targeting undrained reserves in the Lower Banff. This new development modelling will improve Banff recovery in the Michichi field, unlocking additional value for shareholders from the large original oil in place.

Bids were received for several packages in the non-core disposition package that was marketed in the first quarter. We are reviewing bids and will provide a further update when we have evaluated the optimum disposition outcomes.

During the first quarter of 2022 PPR spent $9.7 million of the previously announced full year $22 million capital program, including asset retirement obligation spending. PPR is very encouraged by the initial flow rates of the recently drilled Michichi Banff wells and has identified several reactivation and recompletion opportunities within it’s suspended well inventory. The second half capital program is currently under evaluation as we prioritize remaining investment opportunities and PPR will provide further clarity on the second half program in the coming weeks. We intend to work to maintain the budgeted outcomes from the allocated capital, however the key elements of the remaining program will be optimized to maximize value for PPR shareholders.

Prairie Provident is a Calgary-based company engaged in the exploration and development of oil and natural gas properties in Alberta. The Company’s strategy is to optimize cash flow from our existing assets, grow a base waterflood business in Evi (Slave Point Formation) and Michichi (Banff Formation) providing stable low decline cash flow, and organically develop a new complementary play to facilitate reserves and production growth. The Princess area in Southern Alberta continues to provide short cycle returns through successful development of the Glauconite and Ellerslie Formations.

Without limiting the foregoing, this news release contains forward-looking statements pertaining to: estimated on production timing of the Loyalist reactivation; higher expected production for the remainder of 2022; and the expectation the new development model in Michichi will improve Banff recovery and unlock additional value.

The forward-looking statements included in this news release are not guarantees of future performance or promises of future outcomes, and should not be relied upon. Such statements, including the assumptions made in respect thereof, involve known and unknown risks, uncertainties and other factors that may cause actual results or events to differ materially from those anticipated in such forward-looking statements including, without limitation: changes in realized commodity prices; changes in the demand for or supply of Prairie Provident’s products; the early stage of development of some of the evaluated areas and zones; the potential for variation in the quality of the geologic formations targeted by Prairie Provident’s operations; unanticipated operating results or production declines; changes in tax or environmental laws, royalty rates or other regulatory matters; changes in development plans of Prairie Provident or by third party operators; increased debt levels or debt service requirements; inaccurate estimation of Prairie Provident’s oil and gas reserves volumes; limited, unfavourable or a lack of access to capital markets; increased costs; a lack of adequate insurance coverage; the impact of competitors; and such other risks as may be detailed from time-to-time in Prairie Provident’s public disclosure documents (including, without limitation, those risks identified in this news release and Prairie Provident’s current Annual Information Form as filed with Canadian securities regulators and available from the SEDAR website (www.sedar.com) under Prairie Provident’s issuer profile).

The oil and gas industry commonly expresses production volumes and reserves on a “barrel of oil equivalent” basis (“boe”) whereby natural gas volumes are converted at the ratio of six thousand cubic feet to one barrel of oil. The intention is to sum oil and natural gas measurement units into one basis for improved analysis of results and comparisons with other industry participants. A boe conversion ratio of six thousand cubic feet to one barrel of oil is based on an energy equivalency conversion method primarily applicable at the burner tip. It does not represent a value equivalency at the wellhead nor at the plant gate, which is where Prairie Provident sells its production volumes. Boes may therefore be a misleading measure, particularly if used in isolation. Given that the value ratio based on the current price of crude oil as compared to natural gas is significantly different from the energy equivalency ratio of 6:1, utilizing a 6:1 conversion ratio may be misleading as an indication of value.

Non-GAAP and Other Financial Measures

Working Capital – Working capital (deficit) is a non-GAAP financial measure, calculated as current assets excluding the current portion of derivative instruments, less accounts payable and accrued liabilities and corresponds with the terms defined under the Company’s debt agreements for the calculation of the Current Ratio covenant (see Note 8(c) Long-Term Debt – Covenants in the Annual Financial Statements for additional information on the Company’s debt covenants) . In addition to measuring covenant compliance, this measure is used to assist management and investors in understanding liquidity at a specific point in time.

The following table provides a reconciliation of Working Capital:

Net Debt – Net debt is a non-GAAP financial measure, defined as borrowings under long-term debt plus Working Capital. Net debt is commonly used in the oil and gas industry for assessing the liquidity of a company.

The following table provides a reconciliation of Net Debt:

The following table provides a reconciliation of Operating Netback:

The following table reconciles cash flow from operating activities to AFF and AFF excluding decommissioning settlements which are seasonal in nature as a significant portion of PPR’s decommissioning liabilities are located in winter access only areas:

Transaction, restructuring and other costs

The following table provides a reconciliation of Net Capital Expenditures: