Qualcomm CEO: We will be your ticket to the Metaverse 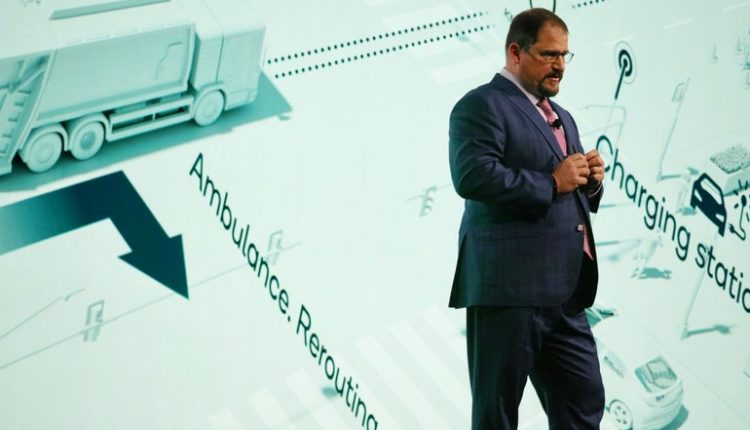 Cristiano Amon, CEO of Qualcomm, told analysts that technologies at the edge of cloud networks “could be bigger than mobile,” especially “XR”‘s Metaverse technologies.

“If you’re going to spend time in the Metaverse, Snapdragon is going to be your ticket,” Amon said, referring to the company’s mobile application processor and modem platform.

Most Metaverse-style devices, like Facebook’s Oculus Quest, are “powered by Snapdragon,” Amon said. According to the CEO, Oculus Quest 2 has sold 10 million units and is the first major consumer device to run on the Snapdragon XR2 platform. It is fully adapted for VR and AR with support for multiple cameras and technology such as fixed foveated rendering. The end result is a more immersive experience with sharper graphics, more dynamic environments and a more realistic feel.

Amon believes the entire XR category, including AR and VR, could be “bigger than mobile.”

Amon also referenced Meta co-founder and CEO Mark Zuckerberg in his presentation. At the Facebook developer conference last month, Zuckerberg first introduced the Metaverse and the company’s name change to Meta. At the event, Zuckerberg’s explained that “we’ve been working on this with Qualcomm for years.”

Also: How could Meta improve the Metaverse a lot?

In addition to the Metaverse, Amon discussed the consumer and industrial aspects of what he called IoT Next. One of those consumer aspects is the “transformation” of the PC. The PC is starting to look more and more like a phone, Amon said, citing the need for constant cloud connectivity to run video games and collaborate.

“We are very well positioned to be the preferred PC vendor for the inevitable transition to ARM,” said Amon, referring to Qualcomm’s ARM-based CPUs competing with Intel and AMD CPUs.

Qualcomm is currently working on its next-generation CPU for Snapdragon, which Qualcomm CTO Jim Thompson said will be shown in six months.

Amon told analysts the company will expand from its current $100 billion annual market to a potentially $700 billion market by continuing to branch out into automobiles, PCs and new forms of wireless networking such as fixed wireless broadband.

Qualcomm’s discussion of the growing market opportunity was part of reducing the company’s reliance on Apple and its iPhone. Qualcomm traditionally supplies most modem chips for the iPhone. But Qualcomm’s chief financial officer, Akash Palkhiwala, said the company expects its iPhone share to fall to 20% of iPhones that Apple will sell by 2023. ” he said.

Instead, Cristiano and Thompson and Palkhiwala all stressed that Qualcomm will be selling Android phones that are increasingly “premium” or “high-tier” smartphones.

“87% of our addressable market is Android,” says Palkhiwala. “So therefore, as Cristiano said, our primary handset strategy is to be the platform of choice for premium and high-tier Android devices. And that’s where the market is.”

One of the new segments in the company’s $700 billion potential market, Amon said, is enabling smartwatches and wireless headphones for anyone who isn’t Apple.

“For the investment community, the easy way to think of this is an incredible opportunity in a very large, very large SAM made by Apple for watches and Airpods,” said Amon. “We are the company that provides these devices for everyone.”