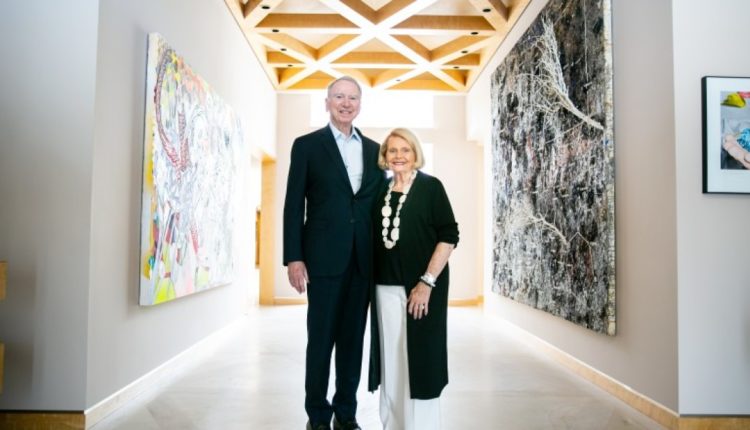 Qualcomm co-founder Irwin Jacobs and his wife Joan – whose donations helped transform UC San Diego into a national power in health, engineering and medicine – gave the campus $ 14 million on Friday, April 23 to support its presence in strengthen politics and economics.

The donation was made to the University’s School of Global Policy and Strategy (GPS), which recently recruited Caroline Freund, a leading World Bank economist, to succeed Peter Cowhey as Dean.

The Jacobs has been supporting GPS since 2006 and has committed more than $ 300 million to UCSD projects since the late 1990s. The donations have been used to help with everything from helping build a large university hospital in La Jolla to training engineers focused on e-commerce and earthquake safety.

The new gift “will help (GPS) look at questions such as whether it is more important for America to be a leader in electric battery technology or quantum computing if it is to remain a leading center for innovation,” Cowhey told the Union- Grandstand on Friday, April 23. “We could also look at whether the public health systems of low-income countries could be vastly improved by 5G,” or fifth-generation broadband technology.

Both questions are of great importance locally. Qualcomm is the world’s largest maker of smartphone chips and is a leader in 5G technology. UCSD has a large battery technology research program. The campus is also home to the San Diego Supercomputer Center and one of the largest computer science programs in the country.

Irwin Jacobs’ donations were especially important to UCSD’s rise in engineering and medicine – and in the hybrid field known as bioengineering.

At the age of 87, he continues to nurture the program – and follow how technology evolves internationally.

“If you look at things that are being driven by the pandemic, you will see a lot of rapid progress,” Jacobs said on Friday, April 23. “We’re all getting more used to telecommuting, teleworking and mobile health. Education is resisting a bit (here). I think we’ll find out how to do that remotely better.

‘We see change. The problem is that people adapt enough to those changes so that they benefit from them and don’t fight against them.

The $ 14 million gift also supports Pacific Leadership Fellows, a program in which leaders from around the world live in San Diego for a time to share knowledge about their home countries.

Fellows include Agustín Carstens, who served as Secretary of the Treasury under Mexican President Felipe Calderón, and Yoriko Kawaguchi, the former Secretary of State in Japan.

UCSD is seeking to build on its broad foundation in international affairs. The GPS program has several well-known China experts, including Susan Shirk, and it is heavily involved in nuclear deterrence and non-proliferation policies.

Cowhey recently advised the Biden administration on how to better compete with China in science and technology, and has brought several high profile speakers to campus, including former US Secretary of State Condoleeza Rice and former Australian Prime Minister Kevin Rudd.
– Gary Robbins is a reporter for The San Diego Union-Tribune