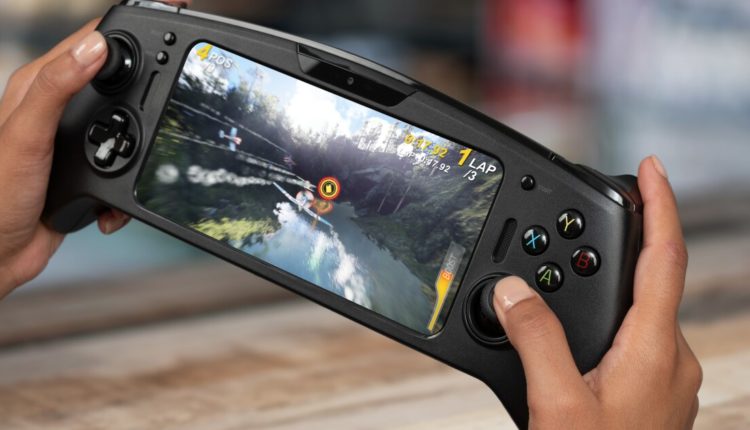 What new bells and whistles are coming to the best Android smartphones next year?

Qualcomm, whose mobile processors power some 2 billion handsets worldwide, gave a few hints at its annual Snapdragon Summit in Hawaii this week.

It also added a few surprises, including a standalone mobile gaming device and a revamped brand campaign that aims to make the Snapdragon name known as “Intel Inside.”

Here are a few things you should know about this week’s event.

There are 2.5 billion mobile gamers worldwide and they spend a lot of money on their favorite entertainment. Qualcomm estimates the amount at $90 billion to $120 billion per year.

The company has long praised its crisp graphics and fast processing for gamers on smartphones. Now it’s working with gaming hardware outfit Razer on a standalone, handheld gaming device. which includes a cooling fan for better performance.

Qualcomm does not make devices. It simply provides a design template that makes it easier for electronics manufacturers to roll out gaming devices based on Qualcomm’s new Snapdragon G3x Gaming Platform.

“Suppose you’re connected to a 5G network and you’re playing multiplayer games,” said Alex Katouzian, senior vice president of mobile, computing and infrastructure at Qualcomm. “Then immersive audio is very important. The fan is very important because now you can take the performance to the next level. You can attach it to a TV. The option for fast charging is also available.”

For smartphones, Qualcomm’s latest Snapdragon 8 Gen 1 processor can theoretically reach a download speed of 10 gigabits per second, although that’s unlikely in real life due to network congestion and other things. Still, it’s faster than Qualcomm’s previous generations of 5G processors.

The integrated image processor enables 8K High Dynamic Range video at 3.2 gigapixels per second, as well as always-on cameras for fast facial recognition to unlock the phone and fast locking when the owner’s face is not present.

There are other enhanced security features, as well as graphical upgrades.

The Snapdragon 8 Gen 1 is expected to hit smartphones by the end of this year, with brands like Honor, Motorola, OnePlus, Sony, Xiaomi, and ZTE expected to adopt the platform.

Qualcomm has been making processors for Windows and Android laptops and notebooks for a while now. It touts its connectivity prowess, as well as energy efficiency that delivers several days of battery life. Still, it hasn’t been able to make significant headway against Intel and AMD in the PC processor market.

This week, it expanded its portfolio of laptop and notebook processors, targeting both more powerful Windows computers and more affordable Chromebooks.

“The PC is really becoming a big communication device,” says Katouzian. “We work together on video conferencing. We share files. We’re talking to each other, so the camera, the audio, the connectivity that comes with it, is increasing, and we’re in very good shape with our integrated solutions.”

Qualcomm wants to change that, in part because the emergence of faster, more reliable 5G networks is expected to send mobile chips to far more devices than smartphones. These include cars, virtual reality headsets, drones and security cameras.

So the company is moving to make the Snapdragon brand more understandable by talking more about what makes it possible and less about its technological pillars. It targets specific industries with specific Snapdragon branded products such as Snapdragon Ride for cars, Snapdragon Elite Gaming for video games and Snapdragon Sound for its audio technology.

Snapdragon will be at the heart of more devices than ever before, and our brand needs a bigger tent — a longer playing field, so to speak — to increase its appeal while staying true to its core, said Don McGuire, who was named Qualcomm’s chief marketing officer in July.

A recent report from a location trading publication claimed to have spotted Snapdragon’s name on a rendering of the new Aztec stadium. San Diego State University declined to confirm any naming agreement, and Qualcomm had no comment.