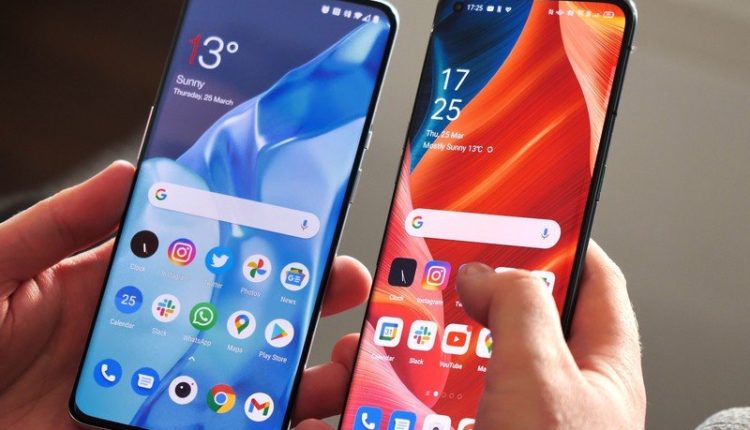 When we talk about Android silicon, the triumvirate of Qualcomm, Samsung SLSI and MediaTek dominate the conversation. Huawei’s HiSilicon used to be a big player too, but the US government’s bans effectively wiped out its custom hardware ambitions. And while Google made its debut in this category with its Tensor design in the Pixel 6 series, the phones have limited availability worldwide. So they’re just not going to be sold anywhere near the kind of numbers most major Android brands do.

For disruption in this category, we have to look at what OPPO, Vivo and Xiaomi are doing. These Chinese manufacturers have the scale (and money) needed to launch their custom chipset ambitions. While we’ve already seen a few efforts like Xiaomi’s Surge S1 and Vivo’s custom image processing module in the X70 series, they were first forays.

VPN Deals: Lifetime License for $16, Monthly Subscriptions for $1 and More

Now that OPPO has expressed an interest in building custom chipsets, it’s worth taking a look at how that might work and whether the Chinese manufacturer will do anything different. Mobile silicon is at a point where it’s not just the CPU and GPU cores. It is also many additional components, including: dedicated cores for machine learning and on-device AI models; mobile and Wi-Fi modems with the latest connectivity standards; the associated RF front-end modules; and standalone ISPs for delivering eye-catching photos.

In short, there is a lot of work involved in making a mobile SoC, which is why not many phone manufacturers decide to go this route. But that said, it looks increasingly likely that we’ll see further differentiation in this segment.

Sravan Kundojjala, director at Strategy Analytics, told Android Central that there is a lot of historical precedence for the same.

“Historically, Nokia, Motorola, Ericsson and BenQ-Siemens have all gone out of their way to design their own basebands for internal use. Over the past decade, Apple, Huawei/HiSilicon and Samsung have further fueled this trend,” Kundojjala said.

There are many inherent benefits of building a chip in-house. For starters, vertical integration allows manufacturers to better align hardware with software, and no one does it better than Apple. For example, the A15 Bionic in the iPhone 13 Pro Max offers incredible performance and has the fastest single- and multi-core scores of any mobile solution out there. But there are other factors at play.

OPPO and Xiaomi have the scale to start investing in custom silicon.

Why don’t more brands like it then? It’s all about money. Coming up with a custom chipset design isn’t easy – especially as AI use cases and multi-gig Wi-Fi and 5G become a reality – and it’s a sizable investment that won’t pay off in a few years; as already. However, with Xiaomi as the world’s largest phone manufacturer and OPPO in fourth place, Kundojjala notes that they now have the scale to differentiate their offerings with custom hardware. “OPPO and Xiaomi have now achieved significant scale, which can help them support their chip investments and differentiate their products.”

One in four phones sold worldwide comes with an internal SoC, so Chinese brands have plenty of incentives to get involved. “Strategy Analytics estimates that vertical vendors will account for 25 percent of all smartphone application processors shipped in 2021, up from 37 percent in 2020. This is due to the forced exit of HiSilicon due to trade restrictions.”

While there are few details, we can make a few guesses about what OPPO’s custom chipset plans would look like. The company would like to focus on the high-end category, where differentiation is most important. We’ve already seen OPPO do a lot of innovation in designs with mechanized camera modules and advanced lenses, so it makes sense for the brand to continue that differentiation with its own silicon.

As for the building blocks, OPPO and other Chinese brands are likely to license Arm’s designs, as will Qualcomm and Samsung.

“OPPO and Xiaomi will use Arm’s CPU IP and TSMC’s advanced process technology to design their chips,” Kundojjala said.

But while that should be easy enough, Kundoljjala explained that these brands also have limitations when it comes to connectivity.

“OPPO and Xiaomi do not have much experience in chip design and do not have all the necessary IP blocks,” he said. “For example, both brands currently don’t have 5G modem technology, so they need to develop that first and integrate 5G modem into their premium tier chips.”

It is this lack of modern technology that will limit newcomers. Even Google uses Samsung’s existing 5G modem in the Tensor chipset, and for all its might, Apple doesn’t design its own modem either – it uses Qualcomm’s 5G technology in iPhones.

“Modem technology is critical to succeed in smartphones. Even Apple had to adopt 5G modem technology from Intel and now from Qualcomm,” Kundojjala said. “OPPO and Xiaomi will probably design 5G chips, but it will take a long time to match the performance of Qualcomm and MediaTek.”

Ultimately, Qualcomm has an unassailable edge when it comes to 5G modem technology.

Kundojjala pointed out that while Chinese manufacturers have made progress in designing their own ISPs, they are lacking in other areas, including an “AI engine, security engine and multimedia engine”. So when coming up with a custom design, OPPO will probably have to work with Qualcomm, MediaTek or another vendor to integrate these parts.

Another reason brands like to build their own custom silicon is to reduce reliance on other suppliers. Huawei’s trials are proof of that. Kundojjala added, however, that escalating tensions between the US and China could hamper these brands, limiting their access to foreign technology.

So, where does that leave us? OPPO will likely build its own silicon for an upcoming high-end phone in the coming years, but such a device is unlikely to make its way outside of China — at least initially. Instead, Kundojjala says the initial focus will be on the Chinese market, where the brand generates an overwhelming majority of its sales. That reasoning emerges when we look at what Xiaomi and Vivo have done so far in this category.

However, one thing is certain: Qualcomm has nothing to worry about.

“Qualcomm has lived with Apple and Samsung for years without losing any business. For example, Samsung uses Snapdragon chips in 40 to 50% of its Galaxy S devices,” Kundojjala said. “Samsung, despite its many years of experience in chip design, gives Qualcomm a lot of business. Qualcomm also has other strengths such as RF front-end (RFFE), which is difficult for OPPO and Xiaomi to replicate.”

Chinese manufacturers today account for more than 40% of Qualcomm’s semiconductor revenues, and according to Kundojjala, that isn’t likely to change anytime soon. So even as these manufacturers introduce custom silicon, they will have to partner with Qualcomm to deliver 5G connectivity and AI-enabled use cases that rival the best Android phones. So for now, it doesn’t look like the status quo in the semiconductor industry is changing.

The Moto G Power (2020) offers a rather surprising and impressive set of specs for the budget market. If you happen to pick it up, you obviously don’t want anything to happen to it, so grab a case that fits the G Power.