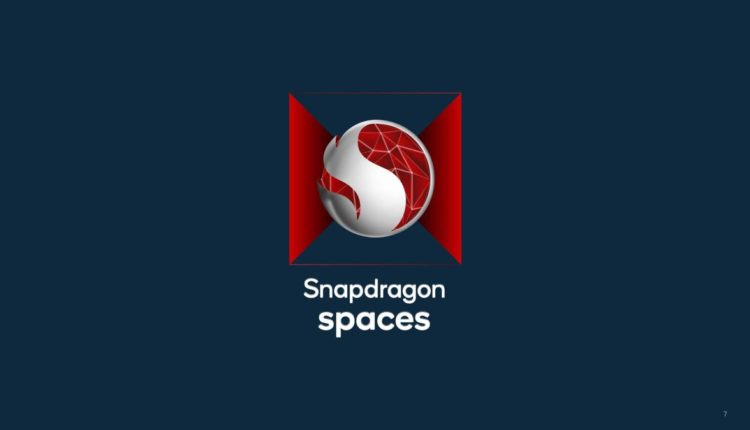 Out of the flurry of XR industry activity at Augmented World Expo (AWE) 2021, an announcement that stood out was Qualcomm’s new XR development platform, Snapdragon Spaces. Snapdragon Spaces isn’t your typical Qualcomm platform rollout, but represents the first wearable AR developer kit made explicitly for application developers looking to build apps for AR and VR headsets. Plus, it hopes to open up Qualcomm’s ecosystem to all mobile developers, not just those focused on AR and VR. While you can use Snapdragon Spaces to build full AR-focused apps, the real differentiator of the platform is that it allows developers to implement different AR capabilities bit by bit. This strategy is attracting more mobile developers who may be wary of building an entire app for the emerging technology. If successful, it could do a lot to advance the XR industry, which has struggled thus far to drive the adoption of AR headsets, especially in consumer applications. Let’s take a closer look at the platform.

For who is it?

Snapdragon Spaces specifically targets developers who want to build applications for head-worn AR headsets such as the nReal Light and Lenovo’s ThinkReality A3. Unlike standalone AR headsets, these devices need to connect to a smartphone for computing power, battery, and connectivity. We learned at the event that Snapdragon Spaces will be the default development platform for the ThinkReality A3 (not surprising given the close partnership between Qualcomm and Lenovo). It would be wise for nReal to follow suit by using Snapdragon Spaces as the default development platform for its next headset, given the criticism it has recently received for its alleged lack of apps and inconsistent experience.

What does it do?

As mentioned, Snapdragon Spaces focuses more on enabling AR features than putting the AR at the center of the app experience. While you can build a complete AR app with Qualcomm’s Snapdragon Spaces, app developers can continue to work on their existing stores and payment frameworks. In other words, it’s a truly open software platform, which explains why engine companies Epic and Unity signed up to support it. That said, Snapdragon Spaces will still only run on Snapdragon-based devices, meaning hardware compatibility is a little less open and MediaTek and Samsung Exynos-based devices are not supported. This makes XR a bit of a premium experience, as most premium Qualcomm SoCs support AR and VR these days. However, I expect we’ll see that pretty soon with future chipsets.

Notably, Snapdragon Spaces is OpenXR compatible from the start, providing cross-platform support for the apps developers build with it. The platform also counts Niantic as a supporter, despite the company having its own Lightship platform for developing AR apps. It’s worth noting that Qualcomm and Niantic have also collaborated on an AR headset reference design. Although we haven’t seen it yet, it is very likely that it will run on Snapdragon Spaces.

Snapdragon Spaces is also supported by some of the world’s largest carriers, including Deutsche Telekom, NTT DoCoMo, and T-Mobile. These operators are excited to combine the powers of 5G and AR. Device makers are also already on board, including Lenovo, Motorola, Oppo and Xiaomi. These manufacturers are already building their headsets and compatible smartphones, with others likely to follow. Qualcomm also shared that it has a few notable early access developers already building apps for Snapdragon Spaces, including Felix & Paul Studios, Figmin XR, Resolution Games, Scope, Trigger, and TRIPP.

Qualcomm’s approach doesn’t necessarily compete directly with other companies in the XR space, such as Meta, which counts it among its customers. However, it does create an open-source alternative to closed AR ecosystems that may soon launch a headset. Microsoft and Meta are both focused on bringing developers into their ecosystems and monetizing application sales, and others, like Apple, won’t be far behind. Qualcomm’s model allows developers to use any platform they want and develop for any engine they prefer. While Snapdragon Spaces can be a software solution, ultimately Qualcomm’s goal is to enable a more robust AR ecosystem. Such an environment, in turn, will boost sales of more AR headsets (and the smartphones that power them).

Qualcomm’s work with Snapdragon Spaces should help developers and device makers bring AR to market faster. It must be said that Google as the owner of the Android operating system and ARCore (the successor to Tango) should do a lot of this work. I believe that Google’s aggressive withdrawal from AR and VR has hurt the industry as a whole and made anyone who isn’t Apple or Meta less competitive. I believe Snapdragon Spaces could rekindle Android-based AR and capitalize on the potential of the headsets currently on the market.

Qualcomm’s strategy shift is unique and welcome at the same time: give developers an AR toolkit to use for the apps they already build, in the ecosystems they already use. The openness is the critical ingredient with which Snapdragon Spaces needs to reach as many developers as possible, not just the small subset of existing XR developers.

Disclosure: My company, Moor Insights & Strategy, like all research and analyst firms, offers or has provided research, analysis, advice and/or consultancy to many high-tech companies and consortia in the industry, including Qualcomm, Lenovo and Samsung . I have no equity positions in companies or organizations mentioned in this column.