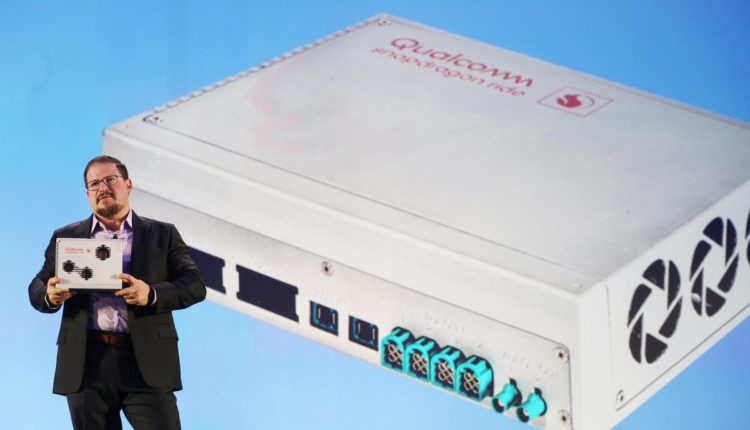 Qualcomm QCOM is hardly a new presence in the automotive semiconductor space. Most new cars today have a built-in mobile data connection and in most cases this is made possible by Qualcomm modems. In recent years, however, Qualcomm has made every effort to gain market share for the processors that perform key functions in the vehicle. This started with chips for the infotainment systems and is now expanding into driver assistance and automation capabilities with GM and other automakers starting in 2022.

The Snapdragon 820A system-on-a-chip (SoC) is an automotive-optimized version of the chip that appeared in many flagship Android phones a few years ago. Manufacturers such as Jaguar Land Rover are now using it to power infotainment systems. At CES 2020, Qualcomm announced the Snapdragon Ride platform based on a much newer generation SoC and an AI accelerator chip.

The Ride SoC can be used on its own or in conjunction with the AI ​​processor and multiple chips can be chained together to provide any level of performance required for a particular application. Boards with multiple SoCs and AI processors can achieve 700 trillion operations per second (TOPS) and more. Qualcomm has claimed that a combination of two SoCs and one AI accelerator can achieve 400 TOPS at just 65-70W of power consumption.

One of the first confirmed Snapdragon Ride applications will come in the spring of 2022 in the Cadillac Lyriq, the brand’s first electric vehicle. The Lyriq comes standard with the latest version of the hands-free Super Cruise driver assistance system that now runs on the Qualcomm chipset. This comes just a year after GM launched its second-generation Super Cruise on the Cadillac Escalade, CT4 and CT5. The 2022 GMC Hummer EV also goes into production this month and includes Super Cruise as standard.

A GM spokesperson declined to comment on whether this computational platform change is truly new to the Lyriq or whether any of the existing 2021 models will also use the Qualcomm platform. The 2021 second-generation Super Cruise has moved permanently to a new computing platform from the original that debuted in 2017 on the Cadillac CT6. It would be unusual to make another significant platform change after just a year, but given the challenges the automotive industry faced with chip sourcing in 2021, this may have been a factor in making a change. GM will also use Snapdragon Ride to power its next-generation Ultra Cruise system, which will debut in 2023.

Until now, car manufacturers have generally avoided using the latest state-of-the-art chips, preferring to use older generations that were well proven and hardened against electromagnetic interference. This has been a factor in many of the chip shortages, with those semiconductors often being produced on older, larger process nodes, ranging from 28-90nm. The Snapdragon Ride chips are made on the current state-of-the-art 5 nm process technology.

In a video with Cadillac chief marketing officer Melissa Grady held during the day 2 keynote of Qualcomm’s Snapdragon Summit, Grady also spoke at length about the new Android Automotive-powered infotainment system in the Lyriq. The 33-inch curved display that takes up 2/3 of the dashboard is powered by the Snapdragon Cockpit Platform.

During Qualcomm’s recent investor day presentation, the chipmaker also announced that BMW had selected Qualcomm and the Arriver perception software stack that Qualcomm is acquiring from Veoneer for future models. It increasingly looks like it will be a three-way race, with Qualcomm and Nvidia NVDA starting to capture a significant share of the market share for the driver assistance computer platforms of Mobileye, the current dominant player in the market.