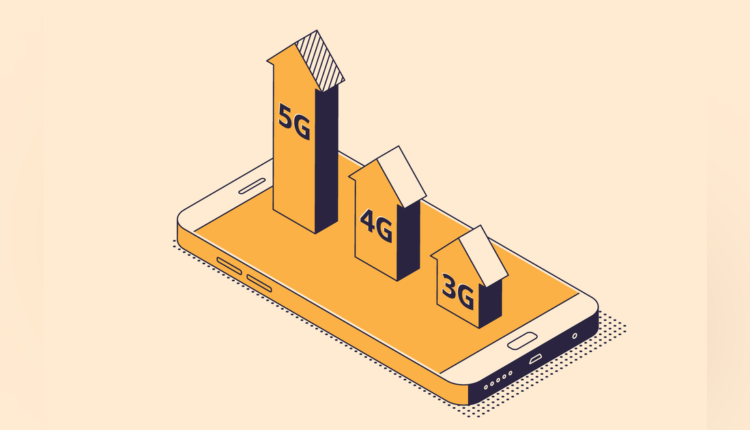 While it has long dominated 5G modems in smartphones, Qualcomm aims to own an even bigger chunk of the hardware behind 5G base stations with its next-generation small cell modem chips, FSM200xx.

Small cells are short-range portable base stations that operate on limited amounts of power and are generally deployed by the thousands on street lamps, telephone poles and in buildings to close gaps in wireless network coverage. These “micro” base stations can be clustered together to act as a sort of relay team, receiving radio signals from other base stations and then sending data to consumers in each location.

The San Diego, California-based company said the modem, which is coupled with its 5G radio transceivers, radio frequency (RF) ICs and 64 compact antennas, is based on the 4-nm node of an unnamed foundry, making it a major Generation leap in performance in a smaller footprint and highly efficient power range. This is a major upgrade from the previous generation FSM100xx, based on a 10-nm technology node.

The modem supports data rates up to 8 Gbps with 1 GHz bandwidth over millimeter waves, while also supporting wider 200 MHz bandwidths. It is also designed to handle 200MHz carrier aggregation in the sub-6 frequency range across the FDD and TDD bands, providing data transfers up to 4 Gbps. The new chip resembles Qualcomm’s latest Snapdragon X65 smartphone modem, based on a 4-nm process.

Qualcomm has become one of the largest suppliers of chips used in small cells designed for blind spots in buildings and to complement services in high-traffic areas such as airports and factories. It sells to telecom equipment suppliers Nokia and Samsung to smaller US companies, including Airspan Networks – which has deployed hundreds of thousands of radios worldwide built around the FSM100xx – and Altiostar.

The FSM200xx complements Qualcomm’s latest 5G DU X100 accelerator card that allows carriers to connect to “macro” base stations at the heart of 5G networks. The card is inserted through the PCIe slot into the cluster of servers in the bowels of a base station to process the radio waves traveling through the antennas at the top of the tower. The accelerator can offload beamforming and other 5G baseband tasks from the server CPU.

But while macro base stations will provide 5G services in many places, not all of them can do it alone. One of the biggest drawbacks of the millimeter waves used by 5G networks is that they are vulnerable to blocking and deflection by walls and other obstacles, and they disappear over long distances. That means a huge network of small cells is needed to expand macro base stations, especially in cities.

Major US telecom companies plan to increase their mobile network capacity with hundreds of thousands more of these small cells, which have a limited range of several hundred meters, to improve service and prepare for 5G networks. According to market research firm Dell’Oro Group, global spending on small cell base stations will grow to $25 billion by 2025, significantly faster than “macro” base stations.

One of the advantages of the FSM200xx is that it never needs to be plugged into a wall outlet. Upgrading to the 4-nm node greatly reduces the chip’s power consumption, meaning it can draw power directly from other network equipment in the base station using Power over Ethernet (PoE). Bringing power and data delivery together can facilitate implementation and, as a result, reduce carrier costs, Qualcomm said.

The chip, which can pump out the computing power needed to run 2×2 MIMO and the beamforming behind it. The chip is the first in its category to support Release 16 of the 5G standard and integrates a wide range of other improvements to increase network throughput and speed. The chip handles the entire global range of millimeter waves and sub-6 bands used by 5G, including newer 41 GHz, 26 GHz and FDD bands.

Qualcomm said it can also support the Open RAN standard for open radio access networks. The chip can also be used in any “functional split” between the baseband and radio in 5G disaggregated base stations.

Pre-production samples of the FSM200xx will be available in the first half of 2022, Qualcomm said.