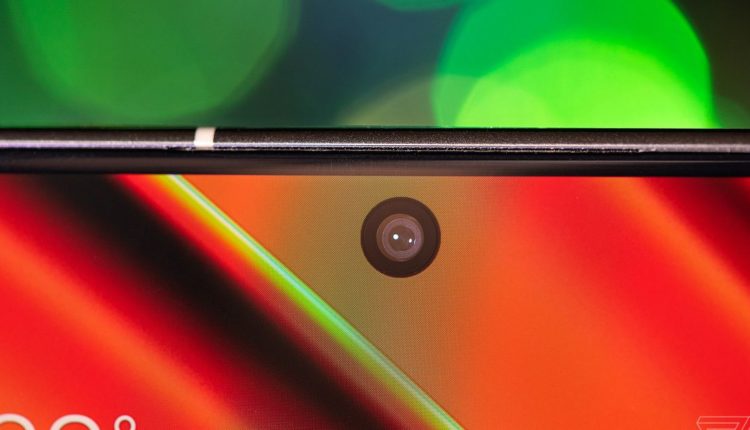 “The camera on the front of your phone always safely searches for your face, even if you don’t touch or lift it to wake it up.” That’s how Judd Heape, vice president of product management at Qualcomm Technologies, introduced the company’s new always-on camera capabilities in the Snapdragon 8 Gen 1 processor that will appear in top-shelf Android phones early next year.

Depending on who you are, that statement can be exciting or terrifying. Qualcomm thinks this new feature will enable new use cases, such as being able to wake and unlock your phone without picking it up or have it lock immediately when it no longer sees your face.

But for those of us who have any idea how modern technology is being used to invade our privacy, having a camera on our phone that always records footage even when we’re not using it sounds like nightmares and costs our privacy that far outweighs any benefits. in terms of convenience.

Qualcomm’s main pitch for this feature is to unlock your phone whenever you glance at it, even if it’s just sitting on a table or standing on a stand. You don’t have to pick it up or tap the screen or say a voice command – it just unlocks when it sees your face. I can see this being useful if your hands are messy or otherwise occupied (in the presentation, Qualcomm used the example of using it while cooking a recipe to check next steps). Maybe you have your phone mounted in your car and you can just look at it to see directions without taking your hands off the wheel or leaving the screen on all the time.

The company is also all about making your phone more secure by automatically locking the phone when it stops seeing your face or detecting someone looking over your shoulder and snooping in your group chat. You may also find that private information or notifications appear if you look at the phone with someone else. Basically, if you’re not looking at it, your phone is locked; if it can see you, it will be unlocked. If it can see you and someone else, it can automatically lock the phone or hide private data or notifications from showing on the screen.

But while those features may sound neat and maybe even useful, I’m not convinced that having a camera that’s always on is worth the trade-off when it comes to privacy issues.

The always-on camera features are discussed on hour three of Qualcomm’s four-hour presentation that introduces the Snapdragon Gen 1 system-on-chip.

Qualcomm frames the always-on camera as similar to the always-on microphones that have been in our phones for years. Those are used to listen to voice commands like “Hey Siri” or “Hey Google” (or lol, “Hi Bixby”) and then wake the phone and give an answer, all without even touching the phone or record. But the main difference is that they listen to specific wake words and are often limited in what they can do until you actually pick up your phone and unlock it.

It feels a little different when it’s a camera always looking for your likeness.

It is true that smart home products already have such features. Google’s Nest Hub Max uses its camera to recognize your face when you walk up to it and greet you with personal information like your calendar. Home security cameras and video doorbells are constantly on, looking for activity or even specific faces. But those devices reside in your home, aren’t always carried around with you everywhere, and generally don’t have your most personal information stored on them, like they do on your phone. They also often have features like physical shutters to block the camera or intelligent modes to turn off recording when you’re home and only resume it when you’re not. It’s hard to imagine a phone manufacturer putting a physical shutter on the front of their sleek and sleek flagship smartphone.

Finally, there have been many reports of security breaches and social engineering hacks to enable smart home cameras when they are not supposed to be on and then send that feed to remote servers, all without the homeowner’s knowledge. Modern smartphone operating systems are now good at telling you when an app is accessing your camera or microphone while you’re using the device, but it’s not clear how they can tell you about a rogue app that uses the always-on camera.

Heape said that “always-on camera data never leaves the secure detection hub while searching for faces,” implying that the data isn’t sent to the cloud and apps on the phone can’t access it.

Another vice president of product management at Qualcomm Technologies, Ziad Asghar, told my colleague Chaim Gartenberg that users can also disable the always-on camera feature or possibly even select which features they want to use and which they don’t. “The consumer has the choice to choose what is enabled and what is not enabled,” he said.

The OnePlus 7 Pro hid its entire camera system in a motorized pop-up module. Maybe it’s time to bring this idea back. Photo by Vjeran Pavic / The Verge

It is also possible that the smartphone manufacturers using the Snapdragon 8 Gen 1 do not even enable this feature at the hardware level. Since Qualcomm doesn’t really make the chips from the smartphones (aside from one-off novelties that aren’t widely bought), companies like Samsung, OnePlus and Xiaomi can customize which features are enabled on their phones and which are not. . Some of those companies are already bypassing Qualcomm’s image processing components in favor of their own solutions – it’s not hard to see them just skipping the critique of privacy issues and forgoing this feature as well.

A disturbing and uncomfortable precedent

But even if it won’t be found in every phone next year, the presence of the feature means that at some point it will be used by someone. It sets a precedent that is disturbing and inconvenient; Qualcomm may be the first with this capability, but it won’t be long before other companies add it in the race to keep up.

Maybe we should just put tape on our smartphone cameras like we already do with laptop webcams.