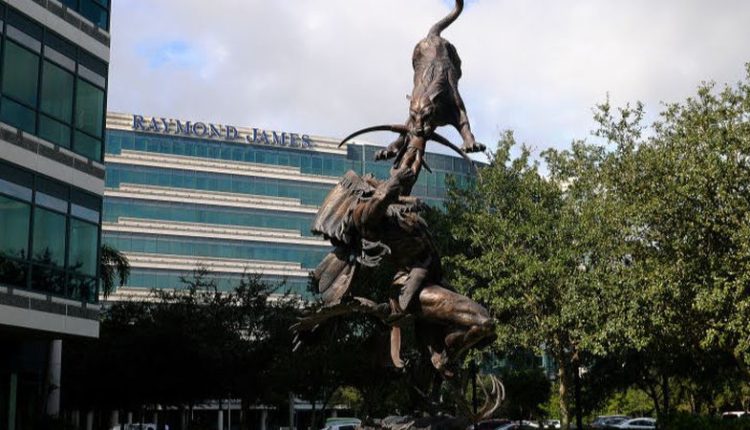 One of Tampa Bay’s largest companies is about to see a commotion at the top.

Raymond James Financial announced Monday afternoon that President John Carson will retire at the end of the year. So is Paul Allison, the chairman and CEO of the asset manager’s Canadian subsidiary in St. Petersburg, Raymond James Ltd.

Both men are expected to remain with the company – Carson as Vice Chairman and Allison in the new RJL Executive Chairman role, leading a management team and working with senior clients.

A company spokesman said Raymond James’s board of directors approved the moves at a meeting last week.

Carson has been with Raymond James since 2012, when the company bought Morgan Keegan, where he was CEO. In addition to his role as president, he headed the company’s Fixed Income and Public Finance divisions.

“When we bought Morgan Keegan, where John was CEO, in 2012, we knew we were also bringing in an outstanding leader and visionary who could help us continue to grow and adapt to changing customer needs,” said Paul Reilly, Chairman and CEO of Raymond James. in a statement. “His skill as a business leader is only overshadowed by his compassion and thoughtful approach to working with people. He will be sorely missed.”

Allison has been with Raymond James for over twelve years. In his new role, he will oversee several boards, including the Raymond James Canada Foundation. He also remains president of the Investment Industry Regulatory Organization of Canada.

“Paul has been a phenomenal leader during a remarkable period of organic and acquired growth in Canada over the past 13 years,” Reilly said in a statement. “We are fortunate to continue to benefit from his deep expertise as we strive to deliver world-class wealth management solutions for our Canadian clients and their families, and best-in-class execution for our Capital Markets clients.”

Subscribe to our free Business by the Bay newsletter

Every Wednesday we share the latest business and consumer news and insights you need to know.

You are all signed up!

Want more of our free, weekly newsletters delivered to your inbox? Let’s start.

Discover all your options

Allison’s successor as CEO will be Jamie Coulter, the company’s executive vice president of wealth management, who has been with the company for 25 years.

“Jamie is widely respected by Raymond James and his broad background across all lines of business, combined with his extensive knowledge of the company and industry, makes him an outstanding choice as CEO,” Reilly said in a statement.