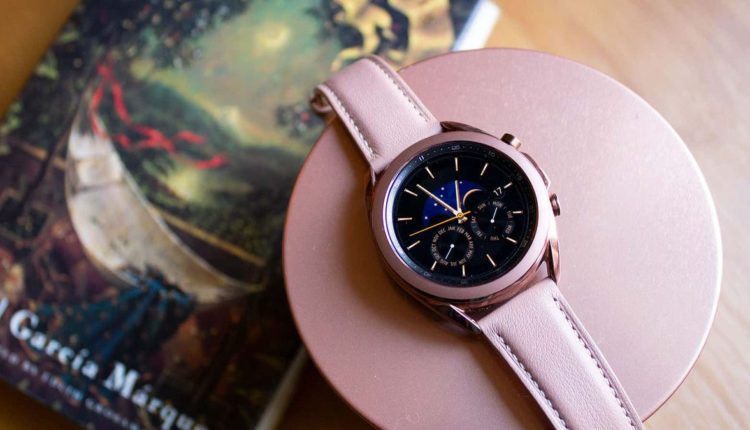 Good news for those of you eagerly awaiting what’s new for Android smartwatches. According to a new SamMobile report, Samsung’s next-gen Wear OS devices will be powered by a powerful new chip called the Exynos W920 — and on paper, the benefits are promising.

Let’s get to the core. The Exynos W920 will reportedly be 1.25 times faster, with 1.5 GB of RAM and 8.8 times the graphics performance compared to the Exynos 9110, the chip that has powered every Samsung smartwatch since the Galaxy Watch. SamMobile also says Samsung made this chip specifically for the new Wear, a unified platform that combines the best bits of Tizen OS and the old Wear OS. If you look at the numbers, this is huge. The No Wear OS watch currently on the market has more than 1 GB of RAM and the vast majority still run on last generation processors.

These specs tie in with a rumor we heard back in May from leaker Ice Universe, who claimed the new Samsung watches would have a 5nm processor. But weren’t Wear OS’s problems mostly about neglected software and incremental updates? Well, to a certain extent, yes. Another big problem, however, was that until now, almost all Wear OS watches have been powered by Qualcomm’s lackluster Snapdragon Wear platform. The Snapdragon Wear chips have always used incredibly outdated processor technology, leaving them far behind Samsung’s Exynos and Apple’s S-series processors. That again led to a chicken-and-egg scenario. Whatever software updates Google would release, they would always be somewhat crippled by the Snapdragon Wear chips.

For years, Wear OS languished on the Snapdragon Wear 2100 chip, which was built on 28nm process technology. This was process node technology that was replaced by 22nm in 2012. That’s two years before the first Wear OS and then Android Wear smartwatches ever appeared. The Snapdragon Wear platform didn’t get a meaningful update until 2018, when Qualcomm announced the Snapdragon Wear 3100 platform. Although it added a co-processor, this chip was also based on 28nm technology. By 2018, both Apple and Samsung had switched to 7nm and 10nm process technology respectively. Last June, Qualcomm announced its Snapdragon Wear 4100 platform, which promised to increase processing power from 28nm… to 12nm. While that’s a significant boost, it’s still technology that’s several generations behind. In 2021 there are only two Wear OS smartwatches that use Qualcomm’s 4100 platform: Mobvoi’s TicWatch Pro 3 and the TicWatch Pro 3 LTE.

This is a major reason why Wear OS smartwatches often felt laggy compared to Samsung’s Tizen OS watches, Apple Watches and less power-intensive Fitbits. It’s also why it took so long for marquee features like LTE connectivity and sleep tracking to make their way to Wear OS hardware.

G/O Media may receive a commission

So the fact that the first smartwatches with the new unified platform will be powered by chips using current process technology? That’s worth mentioning. There is absolutely no guarantee that the new platform will be excellent, or that it will not have growing pains to overcome. However, at least it gives this young platform a chance to get started in the best possible way.

When Samsung and Google officially announced their partnership, Gizmodo asked if it was possible for Samsung to license its processor technology to other companies in the space. Samsung declined to comment at the time. It is very possible that this is not the case and that this powerful processor will only work on Samsung watches. However, if it makes its way to other smartwatches, that would be huge. And even if it doesn’t, proving that the new Wear OS could be great on current hardware could give Qualcomm a kick in the butt to stop dragging on updating its Snapdragon Wear platform. Or, who knows? Perhaps it will inspire other vendors to experiment with their own SoC and bypass Qualcomm entirely.

Whatever happens, a capable processor that can show the true potential of Wear OS is long gone – and there’s reason to hope that Google and Samsung are serious about the success of this new venture.

In a big week for pandemic relief, Americans just got $20 billion in new aid