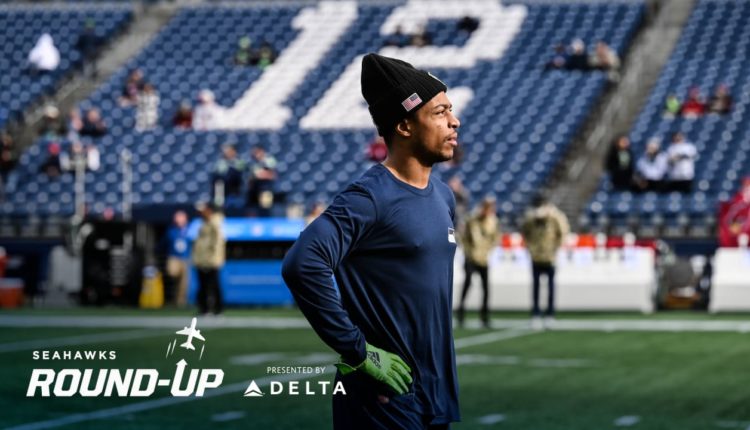 Good morning, 12s. Here’s a look at what’s out today—Tuesday, December 14—on your Seattle Seahawks.

Tyler Lockett has spent the past seven seasons becoming one of the best wide receivers to ever don a Seahawks jersey, which was further proven on Sunday when he became the first Seahawks wideout since Steve Largent to win three consecutive 1,000-yard seasons recorded. He also made nearly $50 million dollars in salary during that time and entered this season with certainty after signing a four-year contract extension worth more than $69 million.

Recently, Lockett sat down with rapper Lecrae for episode five of Lecrae’s “Protect The Bag Series” about financial literacy. In it, Lockett tells how he managed his finances as a young player in the league, and how he managed to keep a balance by helping his loved ones and not getting into debt.

Lockett says one of his strategies in the beginning was to let himself use only 10 percent of what he earned. “So if I made about $20,000 doing a marketing appearance or something, I’d say, ‘I’ve got $2,000 to do what I want,'” he said. “So when I give someone a thousand, I’m like, ‘Now you only have a thousand until you get that next payment.'”

You can watch the full episode of Protect The Bag here.

4 Stocks to Grab Now for a Santa Claus Rally