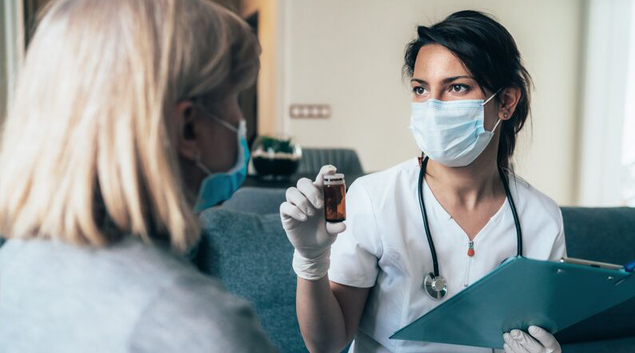 That statistic isn’t surprising given that at the end of last year, about 67,800 primary care physicians had value-based contracts with Humana, with ties spanning more than 1,000 agreements in 43 states and Puerto Rico.

Diving further into the numbers, it turns out that the vast majority of Humana MA members—nearly 90%—have at least one chronic condition, while about 83% have at least two chronic conditions. Humana pointed to these statistics as evidence that value-based frameworks are appropriate for these populations, as the care model is more focused on prevention.

Consistency of care is one of the main reasons why value-based models tend to result in better outcomes for MA members, Humana said. Despite the trend of delaying care during the COVID-19 pandemic, 86% of insurer MA members still saw their value-based GPs at least once last year, compared to 78% of those with non-value-based plans . MA members also saw their GP more often.

More MA members also use telehealth for behavioral health care than their non-MA counterparts, the data shows. MA members affiliated with value-based physicians participated in nearly 628,000 behavioral visits, representing approximately 21% of all telehealth visits in 2020. The per-thousand usage rate among value-based members over non-value-based members has fluctuated between 5% and 10% every month between May and December.

The availability of home care for MA patients was also highlighted. MA members affiliated with values-based physicians who received home health services had a 60% lower risk of readmission to a hospital within 30 days of discharge and a 45% lower risk of readmission within 60 days, the figures showed. And caring for those members resulted in an 11% lower total cost of care for 90 days, including costs associated with home care.

Cost and finances are another reason Humana touts value-based arrangements. To bolster its financial base at the peak of the pandemic in 2020, Humana accelerated value-based and quality recognition payments, reportedly alleviating the tax concerns of the practices. Preventive care reduced the use of acute care services, and value-based physicians reduced preventable hospitalizations by 11% over their reimbursement-based counterparts.

Insurers are expanding their Medicare Advantage offerings at a decent clip, with Humana announcing in October that it would be launching a new Medicare Advantage PPO plan in 37 rural North Carolina counties in response to market demand in the eastern part of the state.

Around the same time, UnitedHealthcare, which already has significant market control with its MA plans, said it will bolster its position in the space by expanding its MA plans in 2022, adding potential 3.1 million members and 94% of reach Medicare-eligible consumers in the US

For the third year in a row, health care provider Cigna is expanding its Medicare Advantage plans, expanding to 108 new counties and three new states – Connecticut, Oregon and Washington. The move will increase its geographic presence by almost 30%.

Centene is also joining, expanding MA to 327 new counties and three new states — Massachusetts, Nebraska, and Oklahoma. In total, this represents a 26% expansion of Centene’s MA footprint, with the offering available to a potential 48 million beneficiaries in 36 states.

The Centers for Medicare and Medicaid Services said in late September that the average premium for Medicare Advantage plans will be lower at $19 per month in 2022, compared to $21.22 in 2021. However, Part D coverage will rise to $33 per month. month, compared to $31.47 for 2021.

Enrollment in MA continues to increase, CMS said. It is expected to reach 29.5 million people by 2022, compared to 26.9 million enrollees in a Medicare Advantage plan in 2021.