Western investors brush off US bond sanctions on Russia 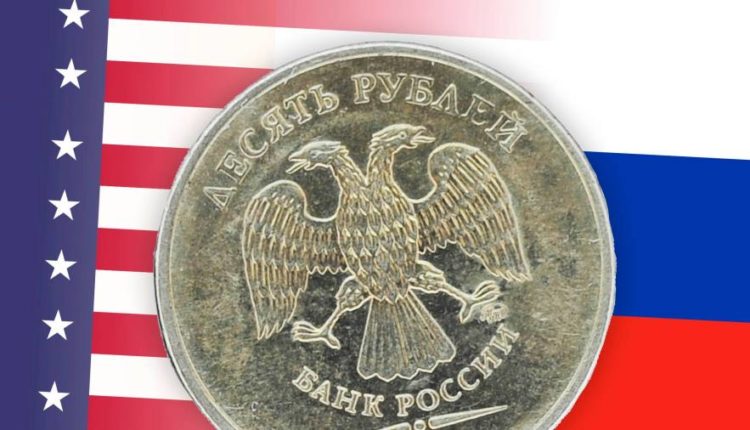 The Biden government’s sanctions against Moscow caused a brief swing in Russia’s financial markets on Thursday, but foreign analysts and investors expect the country to avoid more permanent damage.

The ruble initially fell by more than 2 percent as news of impending US sanctions became known, and the decision to prevent US institutions from participating in new issues of Russian government bonds entailed a significant risk that hangs over the markets of Moscow.

But by the time the markets closed, the currency had almost fully recovered and was trading just above $ 76 a dollar. In London trading on Friday, it climbed another 1 percent.

Fund managers say the new issuance restrictions were probably the mildest move the White House could have taken against Russia’s debt.

“The devil you know is much better than uncertainty,” said Viktor Szabo, investment director at Aberdeen Standard Investments. “The worst expectations have not come true. It’s unpleasant, but it won’t do anything to really shake up the Russian economy. “

Scarred by the battle after years of sanctions against Moscow, investors in Russian government bonds say high yields and the country’s low debt burden still make bonds some of the most attractive offers in emerging markets. Since the US has refused to focus on secondary trading in Russian bonds, most are willing to hold out.

The worst expectations have not come true. It’s unpleasant, but it won’t do anything to really shake up the Russian economy

Russia’s Finance Ministry said on Thursday it would hold debt auctions “depending on market conditions” before sanctions take effect on June 14, and would not issue new debt until the secondary offering of existing debt has ended.

Moscow has shown vigor to signal that its state-owned banks can make up for lost foreign demand. VTB, Russia’s second largest lender, bought 72 percent of the most recent sovereign debt issue this week.

The sanctions are “a largely symbolic measure” that anchors “financial autocracy,” said Elina Ribakova, deputy chief economist at the Institute for International Finance. “Carrots have disappeared – there’s no way to reverse the sanctions – and the US is running out of sticks. Local banks will buy Russian debt in the primary market [market] and reselling it to other banks and asset managers. “

In the short term, Russia could be forced to moderate its loan plans and hike interest rates at the next central bank meeting, a week after Friday, said Sofya Donets, chief economist at Renaissance Capital. “They don’t have to do anything more radical, because [the sanctions] are something the market can still digest without significant systemic risk to financial stability, ”she said.

This move is the second set of US measures against Russian debt after Washington sanctioned Russian government bonds denominated in foreign currencies in 2019. That led to a gradual sell-off of all Russian state assets: foreign holdings of Finance Ministry OFZs denominated in rubles. , fell from 35 percent last February to 20 percent this month, the lowest share in five years.

Nevertheless, the secondary market for Russian foreign currency bonds remains active, said Gustavo Medeiros, deputy head of research at Ashmore. “In the short term, even non-US institutional investors will be reluctant to trade in the primary market,” he said. “But after the dust settles and a new foreign policy balance has been found, non-US investors will be able to participate in primary auctions again.”

The biggest threat to Russian assets, according to investors, would be new geopolitical tensions prompting the US to ban trading on the secondary market. “The risk is clearly the direction,” said Richard House, chief investment officer for emerging market debt at AllianzGI.

For now, however, Szabo said the markets had not seen the level of sales one would expect if investors were concerned about sanctions against the secondary market.