What is Quick Charge? How does it work? 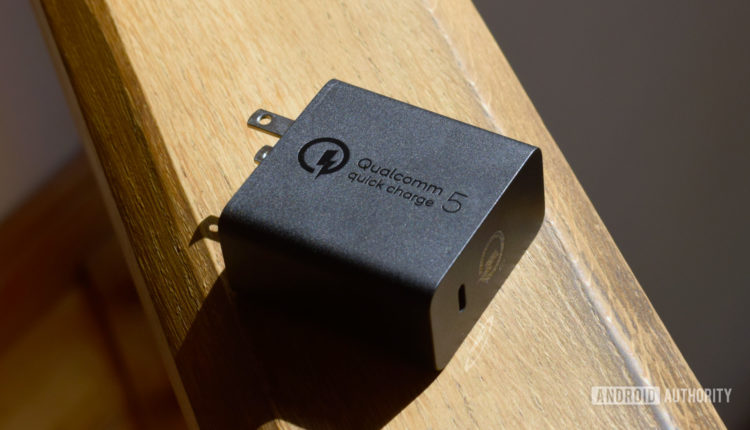 With smartphone battery capacity increasing alongside the introduction of more power-hungry hardware, fast charging on modern smartphones has become a feature most of us take for granted. Many Android devices today can be fully charged in an hour or less. And while we have several competing fast charging protocols in the industry today, Quick Charge was and is one of the most widely used of them all.

In the context of modern handheld smartphones, Quick Charge refers to a power management technology developed by Qualcomm. It is supported by all Snapdragon SoCs dating back to 2013, although it is up to device manufacturers to implement. However, over the years, Quick Charge has gone through numerous changes and revisions – some more impactful than others.

In this article, we’ll take a closer look at Qualcomm’s Quick Charge technology, how it works, and whether its presence should influence your smartphone purchase decisions in the future.

What is Qualcomm Quick Charge?

In short, Quick Charge allows you to charge your device significantly faster than older USB chargers. It was once the dominant fast charging technology in the Android ecosystem. Manufacturers can add support for the technology relatively easily, as the logic is already built into Snapdragon SoCs.

While many phone manufacturers today offer their own charging protocols, many devices support Quick Charge as a secondary fast charging option. Qualcomm, for its part, claims that its technology still offers benefits in terms of heat management, efficiency and battery life itself.

If you’re wondering why the smartphone industry ever needed dedicated fast charging technologies, it’s because Quick Charge came into play years before industry-wide fast charging standards like USB Power Delivery (PD). The original USB specification peaked at just 5 volts and 500 milliamps (0.5 A). Newer USB 3.0 ports can handle 0.9A, but that’s nothing to write home about either. For context, it would take hours to fully charge a modern smartphone at that rate.

Quick Charge paved the way for faster charging on Android devices long before standards like USB Power Delivery were introduced.

Before Quick Charge, most early Android devices used the USB Battery Charging (BC) standard, which allowed devices and chargers to negotiate up to 1.5A of current at the same 5V. This allowed phones to draw 7.5 watts of power.

read more: Fastest Charging Cables: Which One Is Best For You?

The very first Quick Charge version offered only a small boost over the USB BC specification, up to 10W. However, the bigger advantage was that every smartphone with the Snapdragon 600 SoC supported the feature. This allowed Quick Charge to make its way to as many as 70 devices, including some high-profile smartphones like the Nexus 4 and Lumia 920.

Qualcomm enjoyed an early mover advantage with Quick Charge in mid-2010 and quickly became the de facto standard for fast charging on Android. Consequently, most of the fast chargers that came with smartphones at the time supported some version of Quick Charge.

There’s an easy way to check if your charger supports Quick Charge — just look for the logo (as shown in the image below). It doesn’t matter if the charger is made by Samsung, Motorola or a smaller third-party company – Quick Charge is universal and brand independent. As long as your device has the required circuitry, it will support any charger compatible with the standard.

Quick Charge over the years: what has changed?

The Quick Charge 1.0 standard offered a new design with integrated circuits for power management that could charge devices up to 10W. However, most supported devices like the Nexus 4 and Galaxy S3 still came with chargers with more conservative power ratings. All in all, this 1.0 release simply paved the way for future iterations of the technology. Since then, we’ve had four more revisions to the standard.

Quick Charge 2.0 was much more radical in its approach than the first version. It introduced the concept of charging devices with higher voltages than the 5V recommendation of the USB standard.

Since power is a function of voltage and current, you can increase both to charge a battery faster. Pushing more current through a wire has its drawbacks, however. First, increasing current draw also results in increased heat output, due to the Joule heating effect. If you choose to increase the voltage level, you can avoid this. There is also another advantage: voltage drops over longer wire lengths become less problematic.

To that end, Quick Charge 2.0 provided up to 18W of power by providing additional voltage levels of 9V and 12V. However, as with the first generation of the standard, implementations varied from device to device. In the end, most chargers chose one of two combinations to achieve 18W: 9V and 2A or, the less common alternative, 12V and 1.5A.

Quick Charge was one of the first fast charging protocols to push for higher voltage levels than the USB standard’s 5V recommendation.

A year later, Quick Charge 3.0 introduced variable voltage levels. This meant that the device and the chargers could negotiate between 3.6 V and 20 V, in 200 mV steps. By achieving a fine balance between voltage and current, Qualcomm was able to provide even better efficiency and reduce heat dissipation.

Released in 2017, Quick Charge 4.0 was another radical departure from the previous standard. The headline feature was compatibility with the USB-PD standard. The new specification offered even more power – up to 27W via USB-C ports. While working in this USB PD mode, Quick Charge 4 delivers its power through a fixed 5V or 9V up to 3A. A minor revision, called 4+, also improved the protocol’s thermal management capabilities and backwards compatibility.

Finally, Quick Charge 5 recently brought support for 100W charging and USB PD PPS – or programmable power. It implements a similar variable voltage technology to Qualcomm’s Quick Charge 3.0, but is much more universal and widely supported. Our own testing showed that the latest standard can be faster than PPS, depending on the implementation.

Quick Charge backward and cross-standard compatibility is explained in the Qualcomm diagram below.

Do you need Quick Charge in your next smartphone?

Quick Charge was once the dominant fast charging protocol in the Android ecosystem. However, this is no longer the case for new devices. With increasing and cutthroat competition, manufacturers are now using faster charging speeds as a key differentiator for their flagship smartphones. Chinese brands, such as OnePlus and Oppo, offer their own standards such as Warp Charge. Meanwhile, Apple, Google and Samsung have adopted the more universal USB Power Delivery standard.

But as we’ve already mentioned, the latest Quick Charge 5 stand may not always be the most common or even the fastest stand out there. However, it is certainly one of the most mature protocols with a long-standing reputation. Plus, support for USB PD and PPS standards means you’re not sacrificing industry-standard protocols for a proprietary protocol like you would with Warp Charge, for example. The latest version of Quick Charge has moved beyond smartphones and extends its capabilities to charging tablets and laptops.

In summary, Qualcomm Quick Charge is a feature that is no longer essential, but still useful to have. That’s especially true if you’ve amassed a small collection of third-party Quick Charge adapters or power banks over the years.

UK to bring in new measures against Omicron strain on Tuesday