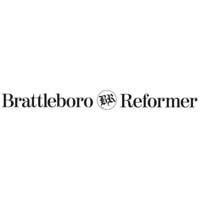 WESTMINSTER — The Maine audit firm that reviews the financial books of the Windham Northeast Supervisory Union has sent a letter stating that the school district’s records are messy and inaccurate, based on widespread “material misstatements.”

The Dec. 10 letter from RHR Smith & Company of Buxton, Maine was released Tuesday afternoon by Interim Superintendent Andrew Haas, two days after the abrupt departure of Chief Financial Officer Flora Pagan. He wrote that he released the letter to the public for the purpose of “transparency.” The audit letter relates to the financial year ending in June.

“Our auditors, RHR Smith & Company … identify some areas of serious concern in our financial records. Their work shows that there are numerous material financial misstatements in our records. Their findings clearly indicate that the supervisory union is still a lot We are committed to doing whatever it takes to achieve that goal,” Haas wrote in an email to school administrators and the Secretary of State for Education, Dan French, among others. .

“It is important that we maintain transparency at all times so that our community is aware of the situation and our efforts to reconcile our data,” he added.

“I have notified the Agency of Education, our boards and now the public. We will work with experienced professionals to resolve the issues identified during the audit. We hope to move through the focus areas and budget quickly can develop and data that can be relied upon,” he wrote.

“The supervising union will immediately hire a new company director who will have the necessary skills to ensure that our financial records are correct,” he wrote.

Monday night, at a regular meeting of the Bellows Falls Union High School board, Haas said he is already looking for Pagan’s replacement, and said there is an opportunity to bring in a retired financial manager to help, in at least temporarily.

Smith, the accounting firm, said it has been working on the financial books of the four cities’ school districts for six weeks and has still not been able to reconcile them. Those school districts include Rockingham, Westminster, Grafton and Athens.

The accountant’s letter added that the financial books were “declining” in the past year. The company wrote, “the books are still not reconciled.”

Jessa Westclark of Grafton, chair of the supervisory union, emphasizes in an email that there is no fraud.

“Whoa, no fraud. No evidence of any criminal misconduct. The figures given to the auditors were completely inaccurate in several categories,” she wrote in an email.

“In terms of payroll, we verified that the employee pay slips and deductions are correct; that was the first thing I looked at,” added Westclark.

She said that while the ongoing audit covered the year ending in June, the financial difficulties would affect school districts going forward. “This also affects our ability to create budgets for Town Meeting 2022,” she added.

Pagan, of Proctor, Vt., was placed on administrative leave by Haas last Thursday and resigned a few hours later.

School principals contacted on Tuesday afternoon were not entirely surprised by the highly critical content of the Smith audit letter, which said Haas had informed them behind closed doors about the issues he is facing.

Haas, the district’s special education director, was appointed interim superintendent in early September, following the abrupt resignation of former Chief Inspector Christopher Pratt, the man Pagan hired in the summer of 2020. His assistant superintendent, Lynn Carey, also resigned immediately, saying she and Pratt “were a team.”